Music and Diplomacy
Throughout the night, the theme was music as a cultural language. Carmel Institute founder and benefactor Susan Carmel introduced the event, highlighting the unique relationship of Butman and Marsalis. "I think these artists are a perfect symbol of cultural dialogue," she said. "They exemplify exactly what we're trying to do with the Institute."

The Carmel Institute, which aims to connect students to Russian culture through an examination of both historic and modern Russia, has provided a transformative experience for American University and other Washington, DC, students. The Institute's partnership with the Embassy of the Russian Federation to the United States was highlighted by Russian Ambassador Sergey I. Kislyak. His remarks stressed the need for improved cultural relations, and praised the Institute's efforts at connecting the young people of the two nations.

Carmel Institute Director and Associate Professor of History Anton Fedyashin echoed this effort when he described the goals of the Institute in the future. "We are reaching out to universities beyond Moscow and St. Petersburg to try and establish direct student exchange," said Fedyashin. He went on to describe the huge importance of cultural understanding and how the concert is such a perfect example of what he hopes for the future of relations. "We have two fantastic cultural diplomats performing on stage tonight. When Russia and America conduct a dialogue-and tonight it will be a musical one-they achieve great things." 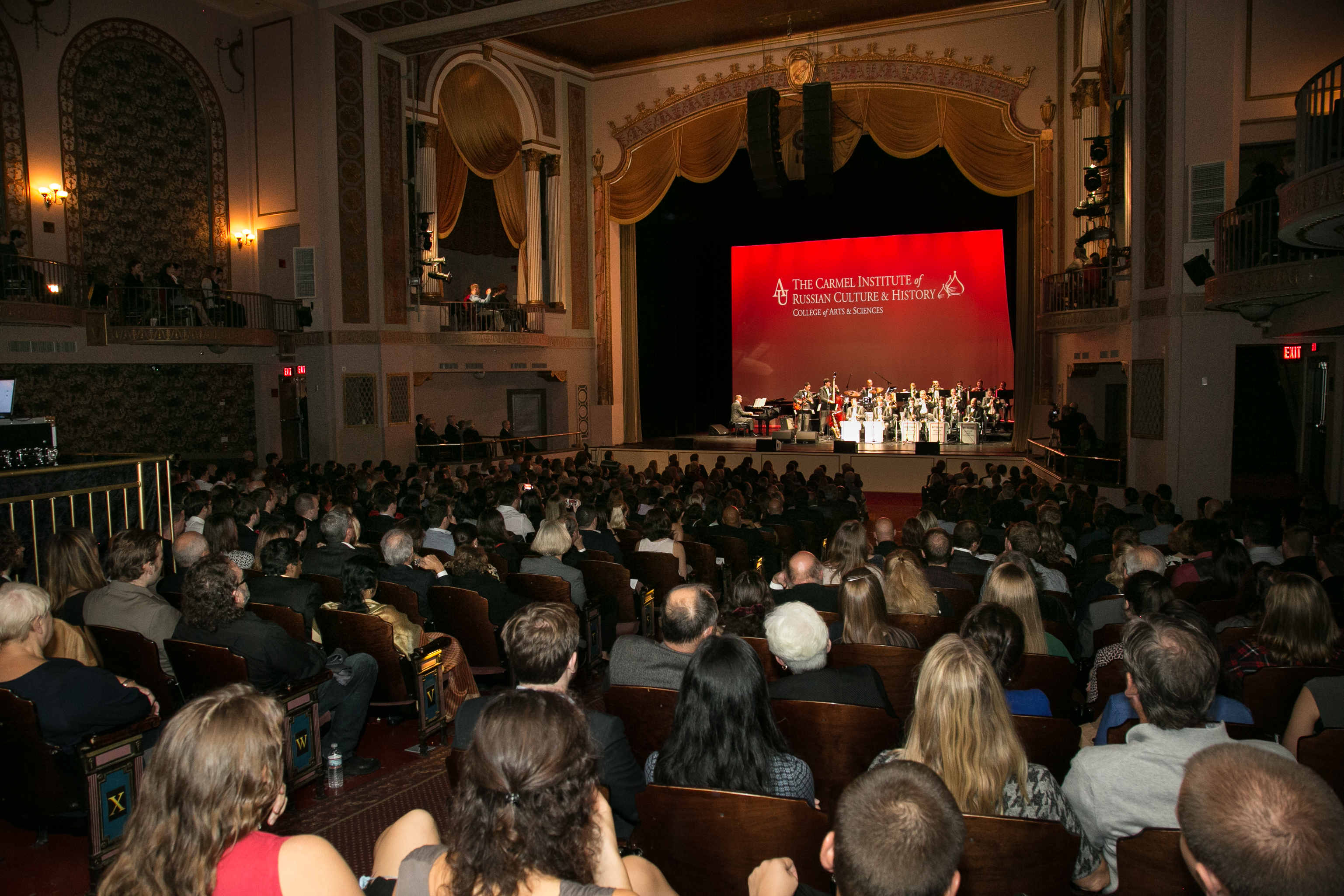 The Music
The concert marked the third time that Russian-American saxophonist Butman has performed at a Carmel Institute event. Butman bounced to the music, repeatedly allowing the melodies to run together. The energy was equaled by Marsalis and his thundering trumpet. One highlight was a young vocalist who bellowed out the vocals to a jazz cover of The Doors' hit song "Light my Fire." The audience clapped along to the melody, unified by the art in front of them.

Butman and Marsalis first collaborated in 1998. Since that performance in Butman's jazz club in Moscow, the two have remained close. "He's [Butman] my brother, and it's not fake Glasnost," joked Marsalis when he was introduced on the bandstand. Butman agreed, pointing out that music and understanding of different cultures are a way to overcome differences. "You have to know the point of view of the other people," he said. "We have to learn what the problem is so we can solve it. I play music, and everyone is happy. But when that music stops, you have to live."

Future Events and Opportunities
The Carmel Institute will continue its year of events with a symposium to celebrate the career of Librarian of Congress Emeritus James Billington on November 16 at the Washington College of Law. The Institute is also sponsoring a $10,000 grant for a study abroad opportunity for this summer in Russia. Additional information on events and how to apply can be found on the Institute's web site.