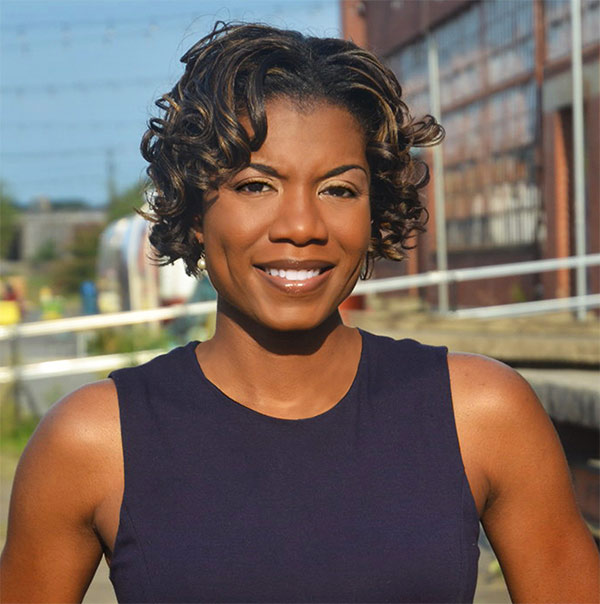 These words, spoken by late Congressman John Lewis, have inspired Duke University Professor Nicki Washington in her work to increase diversity, equity and inclusion in the fields of computing and technology. On October 28, Washington spoke virtually about her work to an audience of more than 100 participants as part of the College of Arts and Sciences’ Bishop C.C. McCabe Lecture series.

Washington told the audience that we all need to start empowering people to speak up, say something, and do something to promote more diversity and participation in computing and tech. “[We need to promote this] not just on the faculty and staff side, but also in the students that we teach, so that as they graduate and go out into the workforce or into higher education, they will create the change we want to see in the world and in the field,” Washington explained.

Washington is a professor of computer science at Duke University and the author of Unapologetically Dope: Lessons for Black Women and Girls on Surviving and Thriving in the Tech Field. She is the first Black woman to earn a PhD in computer science from North Carolina State University and the first Black female faculty member in the Department of Computer Science at Howard University. Recognized as one of Essence magazine’s “Essence Tech Stars: 15 Black Women Disrupting the Tech Industry,” Washington has led partnerships with the Howard University Middle School of Math and Science, Google, Exploring Computer Science, and Washington, DC, Public Schools to introduce computer science courses and teacher professional development across DC high schools.

American University’s Monica Jackson introduced Washington. Jackson is AU’s interim deputy provost, dean of faculty, and a professor of mathematics and statistics. “Dr. Washington is a pioneer in efforts to recruit and retain students and graduates of color in computer science leadership,” Jackson said. “The issues that marginalized groups face in the computing and tech workforce are often equivalent to what they experience as college students. Yet there still are no successful efforts that have solved the diversity, equity, and inclusion issues in either industry or K-16 computing education. Successful allyship in computing and tech must be intentional and institutionalized at all levels.”

Become Part of the Solution

Washington’s interest in diversity and equity in computing and tech grew out of her personal experiences as an undergraduate, a grad student, and a faculty member. Her talk began the power of words, from what racism means, to examples of overt racism, to the ways people describe other groups, to the challenge of speaking up for oneself and the negative ways it can be perceived by others. She spoke about the definitions of allies, advocates, activists, and adversaries—and the ways they overlap sometimes, and the challenges involved in moving people from largely passive ally and advocate roles to more assertive activist roles.

Washington’s talk wove together cultural competence, cross-cultural communication, identity’s impact on computing environments and technologies developed. She discussed additional resources and an action plan for participants to learn more and step forward to start working for solutions in activist roles.