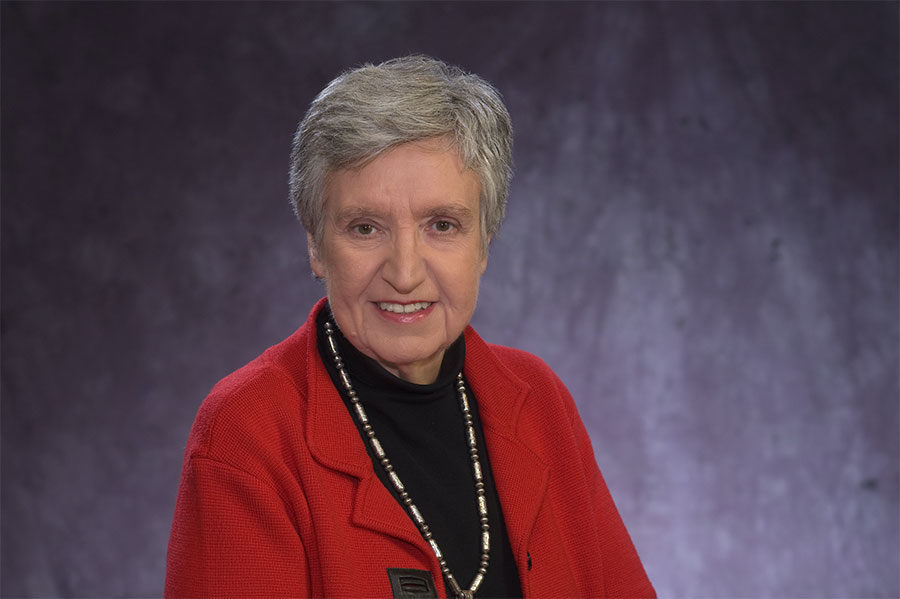 Mary Gray is a Distinguished Professor of Mathematics and Statistics in AU’s College of Arts and Sciences. Her major areas of research include applications of statistics to human rights, economic equity, legal issues, and education. She is also a founder of the Association for Women in Mathematics.

Recently, Gray joined forces with Andrew Gelman, statistics and political science professor at Columbia University, to host a “Vote America: Ask Me Anything” forum on the online news and discussion website Reddit. They focused on applying statistics to voter rights and turnout, polling, and statistical modeling and election forecasting.

Both are members of the world’s largest community of statisticians, the American Statistical Association, which sponsored the forum.

Gray answered our questions about the online forum, and how she applies statistics to the upcoming election.

Q: What changes have you seen, statistically, in voter registration and actual vote trends from 2016 to now?

Some places it is easier and some places it is harder; it depends on who is making the regulations. Obviously, the shift to mail registration and voting has been spectacular, but it was widespread earlier in some places, particular on the West Coast. Weather, “October surprises,” interference from various sources could heavily influence the final results—you can’t change your vote as a lot of people have learned since the last election, to their chagrin.

Q: Have you seen changes in polling methodology since the 2016 Presidential election?

Many organizations have been experimenting with different methods of choosing samples and conducting polls, but it is still pretty much phone calls and online—including Twitter—these days. Maybe a return to door-to-door canvasing will be the 2024 technique du jour. True, algorithms attempt to account for education as a more influential distinction among of myriad of characteristics, but have you ever been asked at the poling place whether you have a college degree? Getting a truly representative probability sample of people who will accurately convey their intention will remain aspirational rather than operational. But it has been a great semester to be teaching survey sampling to an enthusiastic group of students from all over the world.

Q: One of the questions asked on the Reddit forum was this: “If every eligible voter were to vote, what would the expected results be in the Presidential election.” How did you respond?

Q: Of all the issues in this election, COVID-19 seems to be playing an outsized role. Do you see that in your statistical analysis?

Covid is playing an outsize role in everything, but we just don’t know what its effect will be on voter turnout or the results.

Q: There was much talk in 2016 of the “shy Trump voters” who were reluctant to tell pollsters that they were voting for Trump. Was there reality to this?

“Shy Trump voters” probably exist but it is more likely that they aren’t reached by pollsters than they are not forthcoming with their views.

Q: Early voting is much greater than it was in 2016. What can you tell us about the impact this could have on the final vote count?

The primary impact of early voting will probably be late results because the tabulation of various categories of ballots will take longer.

Q: Let’s discuss reports of voter suppression. What trends do you see, statistically, that are worrisome?

Voter suppression has been occurring for years—minority voters have been asked to recite the preamble to the Constitution in order to vote, records have been lost, potential voters have been threatened with violence or reprisals—but the Supreme Court decision in Shelby County v Holder (2013), by releasing some states from oversight, fostered a revival in techniques. With the availability of technology, algorithms can be used by state legislatures to redistrict to suppress minority influence, to change registration and voting hours and sites to disadvantage opponents, to restrict voter identification to types more likely to be held by their supporters. A current example is the restriction of voter drop boxes instituted because of the pandemic to one per county even if an urban county has a million residents. I should add that statisticians have played a role in developing algorithms that not only impede voting rights but assist in other projects involving violation of human rights. We need to recognize our ethical responsibility for how our work is used.

Q: Please explain how you apply statistics to social justice issues like those above.

Voting is the civil right that provides access to all other civil rights. Yes, money and prestige influence the legislative and judicial processes, but equity in criminal justice, education, employment, health care, housing, etc., is best achieved and protected by voting for those who will effectively promote appropriate legislation and see that it is implemented. We as statisticians provide the data and their analysis; we need to see that our efforts are used to promote justice for all.

Q: Finally, the big question: Which candidate has the best chance of winning the Presidential election, and why?

I don’t do predictions, but the only outlier among those who does appears to be the Yiwu Trade City in China, which, according to the New York Times, bases its prediction of a Trump win on the sales of campaign paraphernalia.