Mrs. Greenberg and her late husband, Harold, were loyal and enthusiastic supporters of American University and the arts at AU. They served on the American University Board of Trustees for 25 years and established the Sylvia and Harold Greenberg Endowment for the Performing Arts Scholarship Fund more than 30 years ago. They also provided significant funding to build AU's state-of-the-art Harold and Sylvia Greenberg Theatre, which opened in 2003.

"Sylvia leaves behind a lasting legacy at American University," said College of Arts and Sciences Dean Peter Starr. "She and Harold had a vision for the Greenberg Theatre and then made it a reality. They made great contributions to the arts, endowed scholarships for gifted students, and played a leadership role for decades here at AU. Sylvia's enthusiasm for the arts was remarkable, and we will all miss seeing her at the Greenberg Theatre, enjoying the plays her gift made possible."

The 300-seat Harold and Sylvia Greenberg Theatre presents 20 Department of Performing Arts productions every year, along with countless auditions and rehearsals. "I really wanted AU students to have a place where they could feel like they were on stage," Mrs. Greenberg said in a 2014 interview for AU's Connections magazine. "I think a lot of these young people have great talent, and I wanted to give them a place to cultivate that."

Mrs. Greenberg had another more personal reason for funding the theatre: she always dreamed of being on stage herself. "When I was getting ready for college, I wanted to go to New York and be an actress," she said. "My father said no, so I never pursued it, but I think being on stage was my big dream."

In 2013, when Mrs. Greenberg was 91 years old, she finally got the opportunity to fulfill her dream — on stage at the theatre she established. Surrounded by AU students, she performed a part in Amy Herzog's 4,000 Miles, a finalist for the 2013 Pulitzer Prize in drama. According to Assistant Professor of Performing Arts Carl Menninger, Ms. Greenberg was a natural. "She was terrific — she got a standing ovation," he said.

For Mrs. Greenberg, it was a once-in-a-lifetime experience, and she came away with a new appreciation for AU students. "I've never had more fun, working with Carl and all the young people," she said. "I've connected with the students before because I've always attended performances, but I never really got this close to them. I really enjoyed getting to know them." 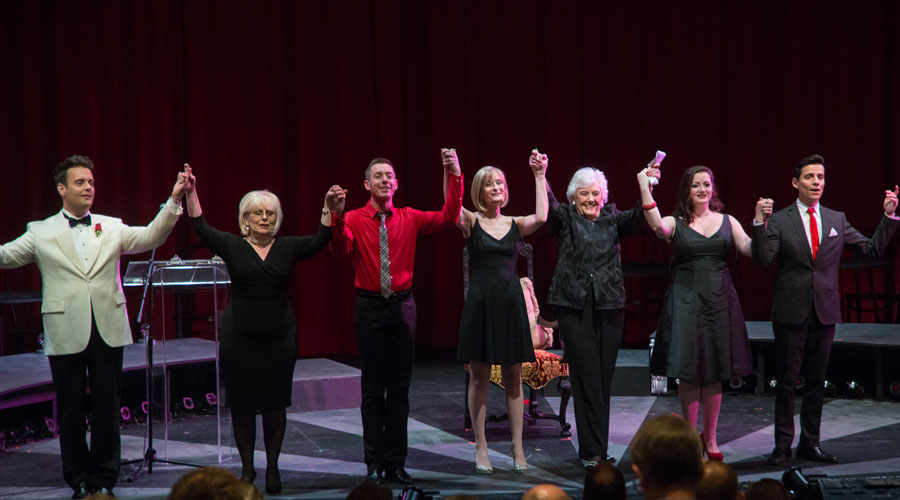 A Lifetime of Philanthropy

In recognition of her leadership and generous donations, Mrs. Greenberg received the AU President's Award in 2001 and the university's Cyrus A. Ansary Medal in 1991.

Mrs. Greenberg's gifts live on, according to Gail Humphries Mardirosian, emeritus professor of AU's Theatre/Musical Theatre Program. "The impact that Sylvia made is living and breathing in all of the students whose lives were touched by the scholarships and our beautiful theatre. It is an exponential gift," she said.

Department of Performing Arts Chair E. Andrew Taylor couldn't agree more. "Sylvia's invaluable contributions provided essential scholarship support and performance spaces for our students to succeed. But more than that, her personal and passionate commitment to our entire learning community was and will always be a spark that inspires us to keep reaching." 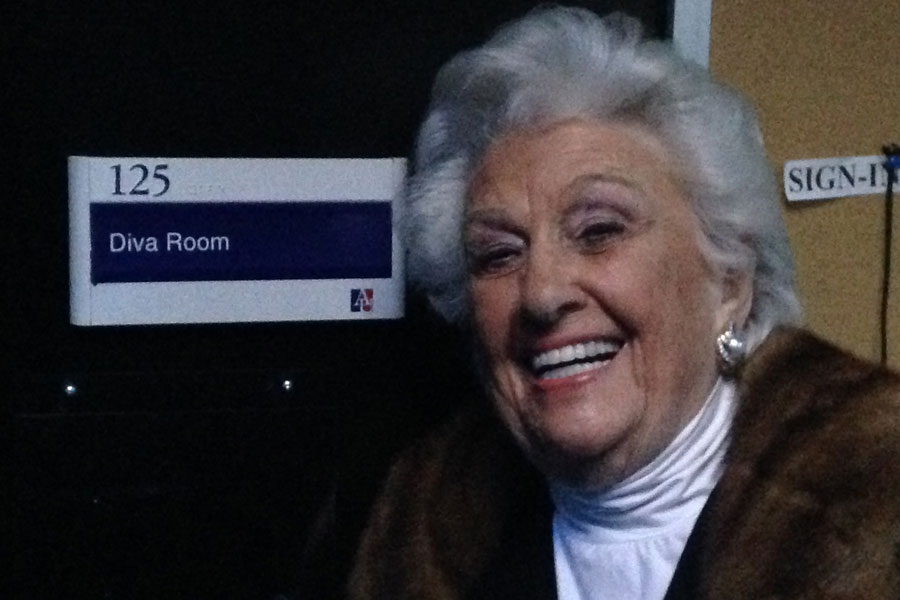 Madison Chapman, recipient of the Sylvia and Harold Greenberg Performing Arts Scholarship in 2016, said she was deeply saddened to hear about Mrs. Greenberg's death.

"It means so much to be supported by the Greenbergs and their generosity has aided in pursuing as many opportunities as possible while attending AU," Chapman said. "Theatre and Performance have made me who I am today. They have instilled confidence and value in me and challenged me to see the world through someone else's eyes, something I believe everyone can benefit from. The theatre community of AU is like no other, and we owe much of that to Sylvia. I am so thankful for the family that the Department of Performing Arts has provided me with, and I will continue to pursue my passion thanks to Sylvia."