World-renowned pianist Vladimir Feltsman took the stage at the Katzen Art Center on October 19, an occasion marking the sixth anniversary of AU's groundbreaking Carmel Institute of Russian Culture and History. Nearly 200 guests, music lovers, Russian Studies scholars, and students from American University, George Mason University, George Washington University, Georgetown University, and the University of Maryland filled the Abramson Family Recital Hall. The multidisciplinary event, The Russian Experiment: Soviet Culture of the Twenties, was an innovative combination of a symposium and a concert.

The event was organized by the Carmel Institute in cooperation with PostClassical Ensemble. Founded in 2011 by international philanthropist and businesswoman Susan Carmel Lehrman, the Carmel Institute advances cultural diplomacy between the US and Russia by supporting Russian language study, US-Russia student exchanges, scholarships, and courses in Russian literature, film, culture, and history at American University. Students from across the Consortium of Universities of the Washington Metropolitan Area participate in the Carmel Institute's events. It has hosted more than 23,000 students and guests at events at American University, the Library of Congress, the Embassy of the Russian Federation, and other venues around the DC area.

"It was incredible the way the music, art, and culture all tied together to give the listener a full perspective on Russian culture at the time," said Gabriella Folsom, a second-year AU student of history and political science with a minor in Russian. "I feel so lucky to go to a university that not only prioritizes intercultural competency, but also provides opportunities to immerse oneself in Russian culture. Everything about the event was sophisticated, informative, enlightening, and enjoyable." 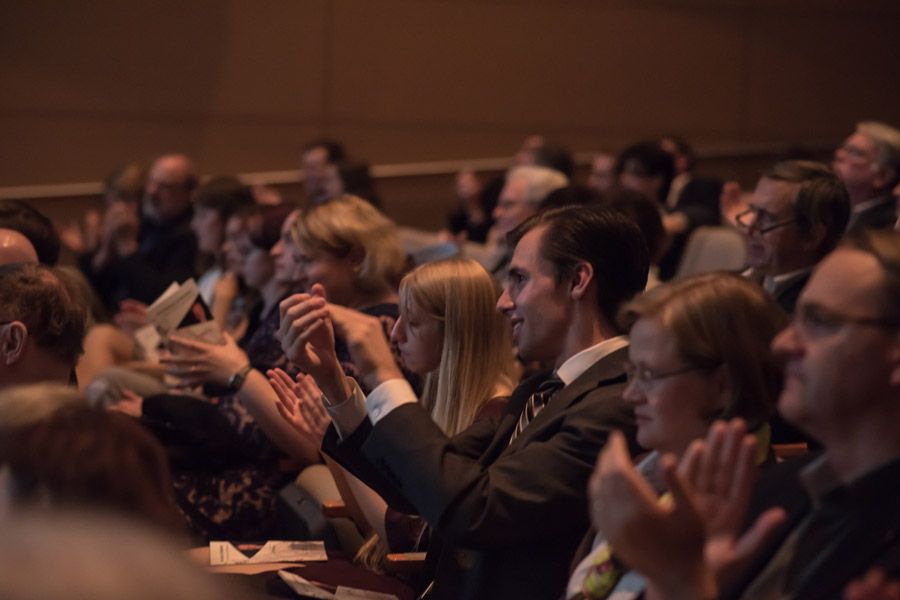 While past symposia have focused on history, this occasion, falling on the centennial of the Russian Revolution, highlighted the cultural impact of the 1917 revolutions by featuring lesser-known composers who worked in the Soviet Union in the 1920s. The event combined presentations by Director of the Carmel Institute Anton Fedyashin and PostClassical Ensemble Executive Director Joseph Horowitz with piano and cello performances by Feltsman and Benjamin Capps, the award-winning soloist and chamber musician.

"For us, it is absolutely always a treat to work with the Carmel Institute," said Angel Gil-Ordóñez, music director of PostClassical Ensemble. "They share our artistic vision. It was a true collaboration." This symposium was part of an ongoing, two-year immersion experience on Soviet culture and music by PostClassical Ensemble, including events at the American Film Institute, National Gallery of Art, and National Cathedral. "What we do is contextualize the performances," explained Matthew Gardner, general manager of PostClassical ensemble. "We try to present the broader view—art in its social and historical context."

After a reception in the arts center and its sculpture garden, the first half of the symposium focused on Alexander Scriabin, whom Horowitz described as "certainly one of the most original and eccentric figures in the history of Western music." Feltsman played three pieces by the mystic and atonal composer: Piano Sonata No. 4; Two Dances, Op. 73; and Vers la Flamme, Op. 72, which Horowitz called "an apocalyptic cameo."

Fedyashin provided an overview of the periods that produced these pieces, placing the music in its historical, philosophical, and artistic context. "What happens politically in 1917 will have an enormous bearing on the arts." A number of influences led to accelerated experimentation in all of the arts, including visual art, film, and music. "Through most of the decade, this is a period of unprecedented freedom for the arts in the Soviet Union." In the thirties, the experimental art and the artists fell out of favor with the government. "When Stalin, by 1932, begins his conservative revolution—counter-revolution as it has been called sometimes—and pronounces socialist realism the official form of art in the Soviet Union, all of this crazy, wonderful experimentalism on the canvases, in music, on the silver screen, will come to an abrupt halt."

The second half of the program focused on composers of the 1920s who were influenced by Scriabin: Alexander Mosolov, Nicolai Roslavets, and Alexander Protopopov. Feltsman emphasized that the experimental music was intended for a sophisticated audience. "This is not music, I mentioned, for mass consumption. It is very hard stuff." The atonal compositions challenge the performer and the audience. "The main course," he said, opening his sheet music to Protopopov's Piano Sonata No. 2, Op. 5. "Fasten your seatbelts." The tension was visible in his face and body as he played what he called "one of the most violent and dark works written by anybody."

"This legacy is precious, authentic, and meaningful," Feltsman said. "Regardless of the many obstacles they encountered, Roslavets, Protopopov, and Mosolov created an important body of work that deserves recognition, study, and performance." 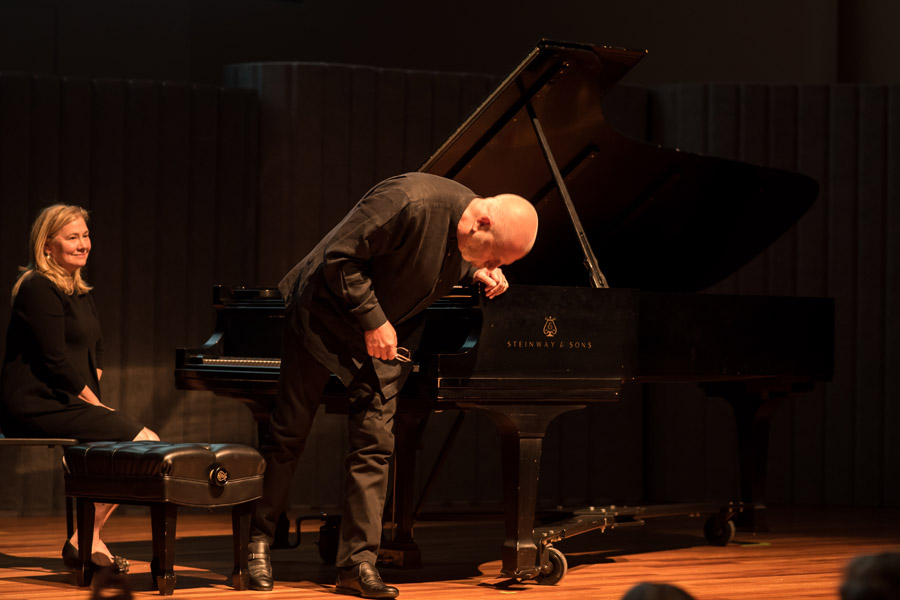