American University’s Department of Literature is thrilled to announce that the 2021-22 Visiting Writer Series will kick off with award-winning poet (and AU alumna) Chet'la Sebree on Wednesday, September 29, at 7 p.m. The event is virtual and open to all. Contact lit@american.edu for a Zoom link.

This program, which shows students what they might be, and what they do themselves become, is the bridge between the dream and its fulfillment.

Since AU’s Writing Program's inception more than 40 years ago, the Visiting Writers Series continues to bring world-renowned writers to campus. “This program, which shows students what they might be, and what they do themselves become, is the bridge between the dream and its fulfillment,” says award-winning poet and Professor of Literature David Keplinger. “It continues to be a gift, especially now, in a time of separateness." 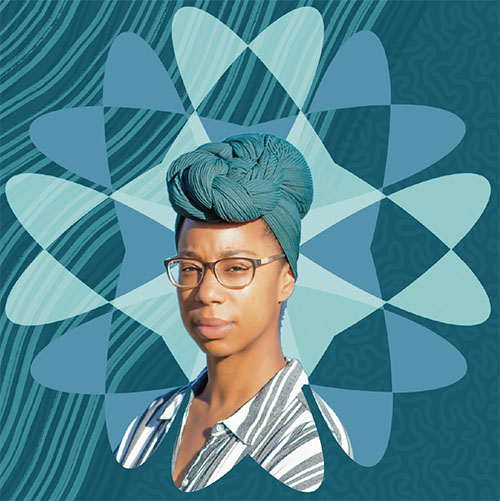 Chet’la Sebree is the author of Field Study (2021), winner of the 2020 Academy of American Poets James Laughlin Award, the biggest prize for a second book in this country, and Mistress (2019), which was nominated for an NAACP Image Award and won the 2018 New Issues Poetry Prize. She has received fellowships and awards from the Academy of American Poets, the Delaware Division of the Arts, Hedgebrook, MacDowell, and Yaddo. Currently, she is the director of the Stadler Center for Poetry & Literary Arts and an assistant professor at Bucknell University.

Keplinger says that Sebree's work in Mistress and Field Study is an extension of the material she was creating at AU ten years ago when she was a graduate student in the Creative Writing MFA Program. “But it also shows profound depths that map an inner topography she hadn't come to encounter as a younger writer,” he explains. “It shows an awareness of the line between history and the present moment, how scars and traumas to the body and to consciousness itself become the gross material of memory, and that it is through those wounds that we can apprehend what true beauty is, the stuff of poetry.” 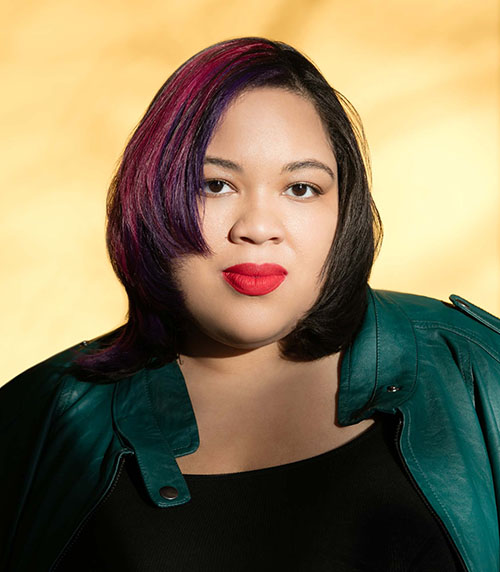 The second writer this season is Danielle Evans, author of the story collections The Office of Historical Corrections and Before You Suffocate Your Own Fool Self. She received an MFA in fiction from the Iowa Writers Workshop, and she previously taught creative writing at American University.

Her first collection won the PEN American Robert W. Bingham Prize, the Hurston-Wright award for fiction, and the Paterson Prize for fiction; her second was a finalist for The Aspen Prize, The Story Prize, The Chautauqua Prize, and the Los Angeles Times Book Prize for fiction. She is the 2021 winner of the New Literary Project Joyce Carol Oates Prize, a 2020 National Endowment for the Arts fellow, and a 2011 National Book Foundation 5 under 35 honoree. Her stories have appeared in magazines and anthologies including The Best American Short Stories and New Stories from The South. She teaches in The Writing Seminars at Johns Hopkins University. 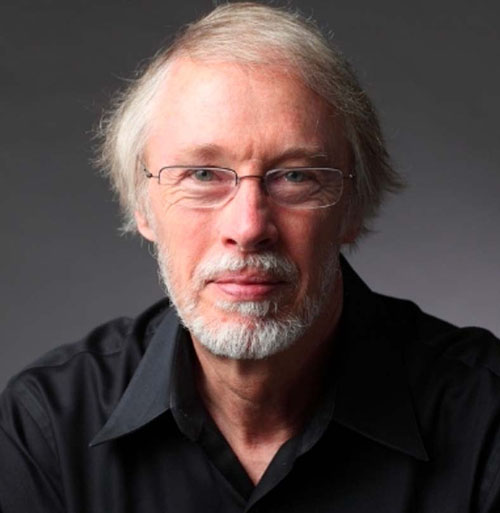 The PEN/Faulkner Honors fiction writer Charles Baxter at the annual PEN/Malamud Award Ceremony, held in partnership with American University, on Friday, December 3, 2021. Ticket information for the ceremony, which will be open to the public, will be available this fall.

This rich annual literary event features a presentation by the winning author, a tribute from the Malamud family, and an in-depth conversation between the winner and another notable PEN/Faulkner author.

Charles Baxter is the author of six collections of short stories, including There’s Something I Want You to Do, which was a finalist for the Story Prize in 2016; Gryphon: New and Selected Stories (2011); The Soul Thief (2008). He received the Award of Merit in the Short Story in 2007 and the Award in Literature in 1997 from the American Academy of Arts and Letters, as well as the Rea Award in the Short Story in 2012. He has published six novels, including The Sun Collective (2020) and The Feast of Love, which was a finalist for the National Book Award in 2000 and was made into a film starring Morgan Freeman. He has also published essays on fiction collected in Burning Down the House and The Art of Subtext: Beyond Plot, and he has edited or co-edited several books of essays.