The book lays out its argument in three sections. The first part is mainly descriptive, demonstrating how companies like Google and Facebook discovered what Zuboff calls the “behavioral surplus.” (63) This surplus is the data surveillance capitalists accumulate when consumers use their services. Surveillance capitalism was born when technology firms realized they could make money using this behavioral data.

The book’s final section introduces the idea of “instrumentarian power.” In Zuboff’s own words, instrumentarian power is “defined as the instrumentation and instrumentalization of behavior for the purposes of modification, prediction, monetization, and control.” (352) In less abstract terms, it is the ability to control people by knowing more about them than they know about themselves. Much of this section revolves around a critique of the ideas of Burrhus Frederic “B. F.” Skinner, a behavioral psychologist who spent much of his career at Harvard. (361) Zuboff outlines Skinner’s vision of a world in which omnipresent behind-the-scenes surveillance is used to control people’s behavior. (363) She then argues that contemporary surveillance capitalists are working to bring about that dystopian world.

The Age of Surveillance Capitalism is at its best when it is describing real-world examples of surveillance capitalism. It is clear that Zuboff used her reputation as a shrewd business scholar to secure interviews with data scientists working in the heart of the surveillance machine. In one case, she uses these interviews to show how the Internet of Things (IoT) is less about providing services that consumers actually want and more about giving surveillance capitalists another means of extracting a behavioral surplus. (223-224) In another chapter, she provides an excellent description of how surveillance capitalists use services such as the Facebook news feed and augmented reality games like Pokémon Go to shape consumer behavior in ways that benefit commercial interests. (298-319) In Pokémon Go, players are encouraged to travel around their cities in search of cute monsters that they can capture and use to battle against each other. Unbeknownst to the players, surveillance capitalists strategically place these monsters near restaurants and shops that the players are likely to spend money in.

The most chilling aspect of Zuboff’s argument is its implications for democracy. For example, Zuboff highlights a 2012 experiment by Facebook that asked whether adding a button that said “I Voted” to users’ news feeds would increase voter turnout. The experiment worked, resulting in an estimated 340,000 additional votes during the 2010 United States midterm election. (299). If a corporation can bring 340,000 more people to the polls through a manipulation as innocent as an “I Voted” button, what would stop them from also trying to ensure citizens vote in a way that supports corporate commercial interests? This question probably deserves a book of its own.

While Zuboff’s detailed examination of how surveillance capitalism works in practice is compelling, her theorizing is decidedly less so. Longwinded asides warning that surveillance capitalism and instrumentarian power will destroy human freedom take up much of the book. The problem with this argument is that it often attributes qualities to surveillance technologies that either do not exist or are not as powerful as Zuboff claims. For example, she argues that technologies such as facial recognition and emotion detection will allow surveillance capitalists to manipulate human action by playing on people’s emotions. (281-289) However, this argument relies on the assumption that surveillance capitalists can correctly detect and predict the emotions of every individual in a population. The algorithms used to analyze human faces are prone to all sorts of gross biases and errors. The same is true for emotion detection algorithms, which often rely on scientifically unproven theories of human emotion. As such, it is doubtful that current surveillance capitalists have the accurate information required to truly manipulate people by knowing more about them than they know about themselves. Such a capability might exist in the future, but it currently does not exist in the way Zuboff claims.

The Age of Surveillance Capitalism is still an important book, as the cases Zuboff examines affect all of our daily lives. But the reader should be warned that it is not a light read. At 525 pages of text, Zuboff’s theories about surveillance capitalism take real commitment to absorb. More casual readers might even contemplate skipping the book’s third section altogether, as it is mainly filled with abstract philosophy and critiques of B. F. Skinner. While some might find that theorizing interesting, it adds little evidence to support her claim that surveillance capitalism erodes human freedom. Instead, the third section constructs a dubious intellectual history linking Skinner’s ideology with modern surveillance capitalists. It is dubious because t is unlikely that many surveillance capitalists have ever heard of Skinner or his social theories. Thus, attributing their worldviews to him seems a bit of a stretch.

This flaw aside, The Age of Surveillance Capitalism is an impressive work that highlights how commercial surveillance is changing our society. Readers looking for an easier-to-follow book that tackles many of the same issues from a security perspective might want to look into The Internet in Everything by Laura Denardis. But for those willing to brave its theory, Zuboff’s work is deeply insightful. 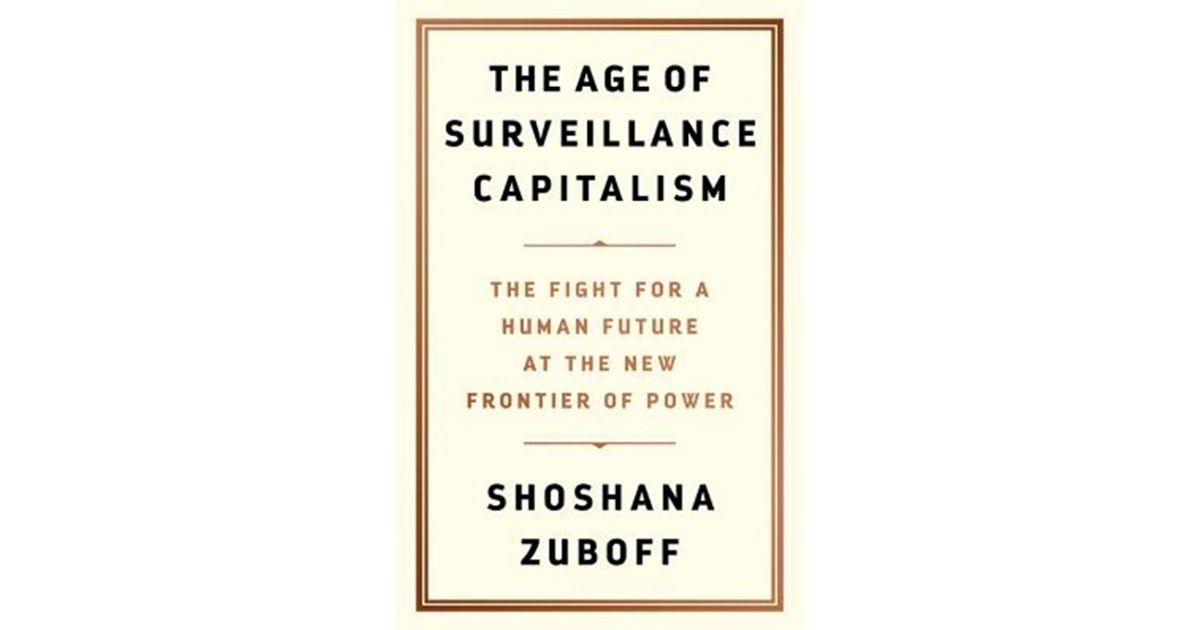 Noah Gibbs is a graduate student in the School of International Service’s International Affairs Policy and Analysis program. He is also pursuing a graduate certificate in Data Science. His areas of interest include nuclear arms control and outer space security. Noah is a 2021-2022 CSINT Fellow, and a 2021 Presidential Management Fellowship Finalist and would like to pursue a career using data science to inform policy making.