For readers still struggling with social distancing measures amidst the COVID-19 pandemic, the subheading of Benjamin Wittes and Gabriella Blum’s 2015 book, The Future of Violence: Robots and Germs, Hackers and Drones is an attention-grabber. Despite the authors’ discussion of the private sector’s role in biosecurity and vaccine delivery, however, readers hoping for an in-depth account of global pandemic preparedness will be disappointed. Nonetheless, Wittes and Blum offer such nuanced discussions of distributed threats and vulnerabilities that we can forgive them their lack of Cassandra-esque foresight in this excellent book.

Wittes and Blum explore three categories of mass-enabling innovation: Networked computers, biotechnology, and robotics. Using a series of fictionalized narratives – a molecular biology student manufacturing the smallpox virus in a university lab; an assassin drone presented as a common spider – the authors demonstrate how these technologies are moving us towards a “radically populist” (9) world in which “anyone can attack anyone else from anywhere.” (13)

This dispersion of both offensive capabilities and defensive vulnerabilities blurs the line between personal and national threats. Take, for example, the case of OxOmar, a hacker claiming to be a Saudi national who carried out cyberattacks against thousands of Israeli citizens, pledging to “destroy Israel and have a free Palestine without enemies.” (149) Should OxOmar be treated as a war criminal, a terrorist, or an illicit hacker? The quandary of how to manage security threats unbounded by territorial sovereignty is a recurring theme of The Future of Violence.

Undoubtedly, the most valuable contribution of Wittes and Blum’s book is not their discussions of technological developments themselves, but their exploration of the changing role of the state in this new reality. The authors draw on Enlightenment-era political theories to parse the nuances of government-citizen relations, notably through Thomas Hobbes’ social contract theory in which the state derives legitimacy from its ability to provide security for its citizens. But as modern technological threats jeopardize a state’s monopoly on violence and its role as the sole guarantor of security, what remains of that social contract? Is it time to cut loose an aging Leviathan? Wittes and Blum remain confident in the nation-state’s role as a primary actor in security. They do, however, argue for a fundamental re-think of the state’s relationship to security, privacy, and liberty.

The first tenet of Wittes and Blum’s proposal is for increased surveillance powers for the state. In justifying this assessment, the authors reach back millennia to the prescient example of the Roman Empire’s roads: While originally designed to ease transport for the empire’s citizens and soldiers, Roman builders unwittingly created the perfect platform for bad actors to enact nefarious intentions. Just as Rome was forced to institute patrols to ensure the safety of travelers, Wittes and Blum argue for increased government surveillance power to protect users of network-connected devices from modern-day banditry.

This leads us to the second tenet of the authors’ argument, that a more robust understanding of the relationship between liberty and security is in order. Wittes and Blum reject the idea that these two concepts are on opposite ends of a scale, observing that a “doctrinaire embrace of one to other’s detriment will always ultimately disservice both.” (148) They instead suggest for a more nuanced view of the balancing paradigm between liberty and security that advances both concepts.

Particularly in a world where we blithely share our data with tech companies in exchange for free and convenient services, there is reasonable basis for an argument that increased security can come with increased liberty. Wittes and Blum take the classic example of airport security screening. While this form of surveillance is inconvenient and invasive, with it comes the freedom to travel safely. Well-formulated surveillance measures build confidence in platforms and are therefore “net plusses for liberty,” (185) even at the cost of compromised privacy.

Whether or not you agree with Wittes and Blum’s prescription for greater surveillance measures, their analyses of political theory and social contract measures are unimpeachable. I did, however, have a minor beef with their proposed solutions.

The panacea Wittes and Blum put forward for addressing the need for increased security rests squarely in formal legal frameworks, proposing that national governments use legislative and regulatory measures to mitigate harm from emerging technologies. One such policy prescription would require firms that manufacture and distribute cyber, biotech, and robotic components to build in safety features limiting potential repercussions from malicious or unsafe use – akin to airbag requirements on new cars. Another of the authors’ suggestions is to set liability standards in software, redistributing the risks associated with a platform to both user and manufacturer. These proposals are predicated on Wittes and Blum’s view that states are the only actors with the capability to disrupt and deter attacks as well as the incentive to pursue international cooperation in halting attacks that transcend national borders.

The book’s outsized focus on legal recourses is unsurprising, given Wittes and Blum’s respective backgrounds as editor-in-chief of Lawfare and professor at Harvard Law School. Nevertheless, I found myself wanting more exploration of other avenues for mitigating harm, such as the role of military establishments or executive agencies in combating many-to-many threats. So many offices in the U.S. government have expertise in countering adversaries operating through distributed means, including Cyber Command, the Treasury Department’s Financial Crimes Enforcement Network, and the Homeland Security Department’s BioWatch program, to name a few. If tomorrow’s greatest threat comes from network-connected individuals rather than rival states or terror groups, how can these government actors leverage their expertise to protect citizens? Wittes and Blum tiptoed in this direction with their recommendations for expanding international policing and intelligence sharing, but they failed to explain how efforts at global jurisdiction could move beyond “limited” or “liaison” (242) bodies like Interpol to more effective operational institutions.

Wittes and Blum begin their conclusion with the caution that “by the time you read this book, much of it may be out of date.” (261) Six years after the publication of The Future of Violence, this warning proved true for the book’s technical dimensions, with extensively cited examples like sextortion cases seeming almost pedestrian in today’s environment. The discussion of technological governance and state responsibilities, however, remained timeless. In a world of distributed threats and defenses, the Leviathan must adapt to mitigate dangers from “the countless Little Brothers and Medium-Sized Brothers our technology is creating.” (12) Scholars and informed citizens alike stand to gain from Wittes and Blum’s exemplary work. 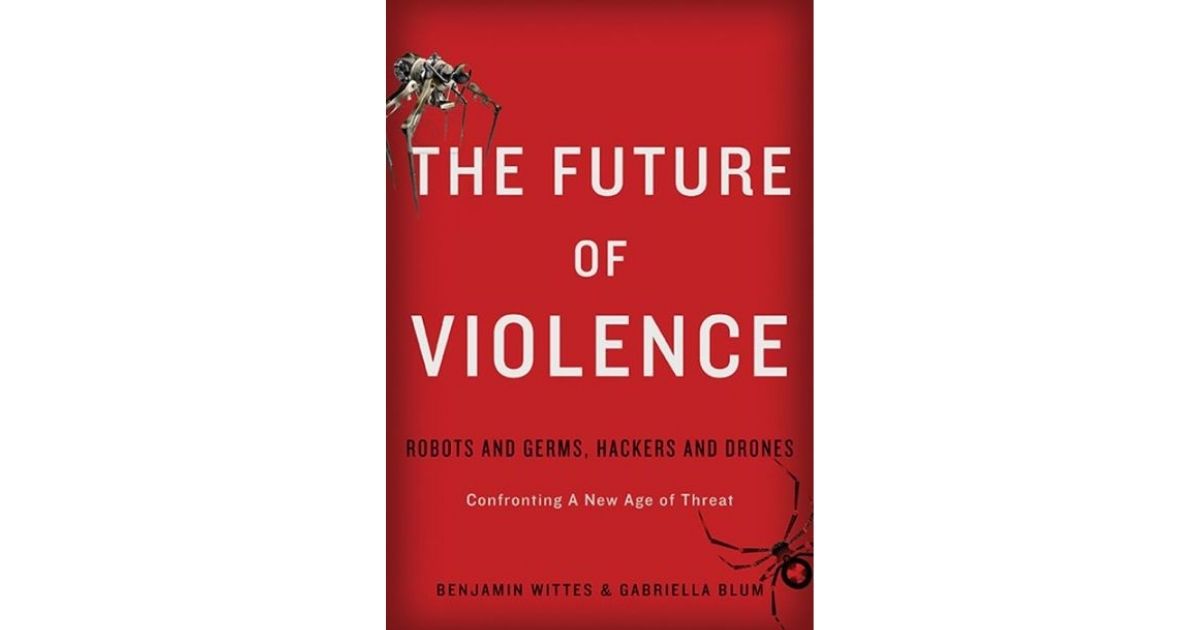 Kathryn Urban is a current graduate student in the School of International Service’s Global Governance, Politics, and Security program. Her research interests include Arctic securitization and the strategic logic of drone warfare.