At the end of 2021, we say farewell to Professor Paul Wapner, who is retiring after 30 years. In a career spent exclusively at SIS, Wapner has been a pioneer in the study of global environmental policy, and his contributions to the school have ranged from the curricular, including founding a master’s program, to the very space the school inhabits—Wapner was a driving force behind the school’s successful attempt to build a LEED-Gold certified building, the first such structure on AU’s campus. He was also a potent advocate for the university’s 2020 divestment from public fossil fuel investments in its endowment. With a career that spans defining decades for the planet for both the environmental activists attempting to safeguard it and governments around the world struggling to come to terms with climate change, Paul Wapner has a unique perspective. So, we grabbed an hour of his time for a farewell conversation. What follows has been shortened and edited for clarity.

Paul, when did you arrive at SIS, and from where were you coming?
I started at SIS in January 1991; I had just completed my PhD in Politics from Princeton University. SIS was my first (and only) academic position.
What are some early memories of your time here? And what’s the most notable thing(s) that’s changed about SIS?
Being a student of politics, when I moved to DC, I felt that I was going into the belly of the beast. DC was the center of governmental power in the US—and arguably the world—and I was going to try to live amidst it. I was struck by how many people had come to the city to make a difference; I was also struck by how seriously everyone seemed to take themselves and the instrumental quality of relationships—so many interactions felt like an exercise in networking. Those early impressions translated to the classroom. 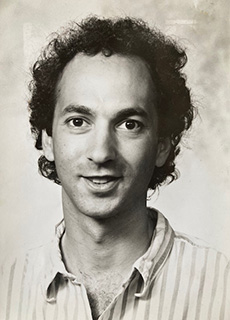