Throughout our nation's history, America's first ladies have influenced politics, domestic policy, and global diplomacy. Popular expectations of the role continue to evolve, mirroring the changing status of women in America. The position of first lady, and the influence and accomplishments of the remarkable women who have held the title, pose a fascinating topic in American culture.

American University's Legacies of America's First Ladies Initiative (FLI) and conference series features distinguished guests-- first ladies, former presidents, and first families; White House staff; scholars and authors; and members of the media-- who highlight the significant contributions from these women, as they use their platform to advocate for issues, promote change, and improve our society.

In September 2016, the FLI conference, held at the National Archives, highlighted first ladies’ role as spouse of the Commander-in-Chief, and their support for America's service members, veterans, and military families. The Initiative co-hosted the First Ladies Symposium with the White House Historical Association in 2021, a daylong virtual gathering of scholars and experts. FLI events and series have featured appearances by First Ladies Dr. Jill Biden and Michelle Obama and former First Ladies Laura Bush and Barbara Bush.

In addition to taking the conference on the road, I have also had the honor to represent the FLI in many local programs and nationwide events celebrating first ladies and their leadership  including serving as Co-Chair of the 30th Anniversary of the Barbara Bush Foundation for Family Literacy marking the Foundation’s return to the nation’s capital.

As director of the First Ladies Initiative, I am frequently called on to provide to the media a broad perspective on first ladies’ vital role in domestic and global affairs and their impact on our national culture.

Thank you for exploring the history of the First Ladies Initiative. On this website you will find links to videos, photos and media interviews as well as robust resource list of publications about First Ladies. I hope that this information will inspire your own appreciation of this powerful platform, and of the unique club of women who have used it for the good of the nation. 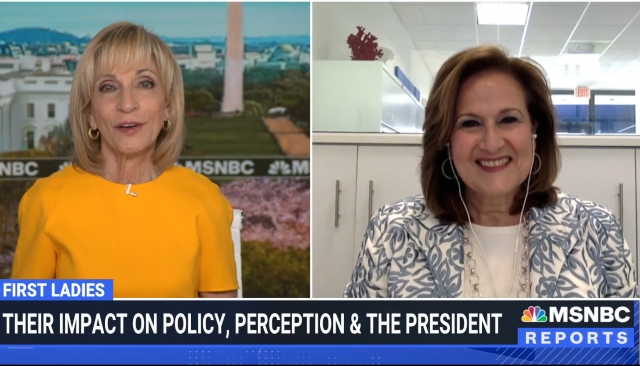 Anita McBride joins Andrea Mitchell to discuss the launch of the First Ladies Association for Research and Education (FLARE) at American University. 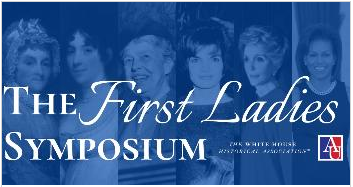 Anita McBride discusses Jackie Kennedy with National Portrait Gallery senior historian Gwendolyn Shaw, curator of Every Eye Is Upon Me: First Ladies of the United States. For more videos in this series, visit the full playlist.