Learn more about the "Thinking Freedom" series as a whole and each of these events and speakers.

Register for the series

February 17, 2021: "The power of Abahlali and the living politic has been paid in blood" with founding President of the South African Abahlali baseMjondolo Shack Dweller’s Movement and an introduction by Nigel Gibson.

Frantz Fanon discovered what we have discovered in our generation: if you are serious about victory, about succeeding to humanise the world, even a little bit, then your struggle must be a living politics. It must be owned and shaped in thought and in action by ordinary people. If every gogo (grandmother) does not understand your politics then you are on the road to another top-down system. Abahlali’s founding president will discuss the democratic power of the poor within post-Apartheid South Africa through the birth of the Shack Dwellers movement and what it means to build and sustain a living politic from the ground up, as the politics of the poor is met with violent state repression, including assassinations. The event will begin with an introduction from Nigel Gibson, author of Fanonian Practices in South Africa: From Steve Biko to Abahlali baseMjondolo, and a noted leading thinker on Frantz Fanon.

February 2, 2021: Dr. Persaud examined Walter Rodney’s contribution to subaltern critical political economy, and to the general politics of decolonization. Specific attention was given to the transnational character of Rodney’s work and praxis, and to the central role of violent racism in the emergence and reproduction of global capitalism. The presentation also examined the overdetermined complexity of racism in the configuration of the social, as well as a comparison of Rodney’s work with that of Fanon.

Dr. Persaud was joined by Dr. Patricia Rodney, the widow of the late Walter Rodney, and Dr. Robbie Shilliam of Johns Hopkins University.

Jan 27, 2021: Dr. Earl Lewis is the Thomas C. Holt Distinguished University Professor of History, Afro-American and African Studies, and Public Policy and director of the Center for Social Solutions. From March 2013-2018, he served as President of The Andrew W. Mellon Foundation. An author and esteemed social historian, he is past President of the Organization of American Historians.

September 23 , 2020: In collaboration with the Ethnographies of Empire Faculty Cluster at the School of International Service (SIS), the SIS Office of Research, and the SIS PhD program, the ARPC hosted Dr. K. Melchor Quick Hall for a talk on her recent book "Writing in Darkness: Naming a Transnational Black Feminist Framework."

The live event took place via Zoom Webinar, serving over 7,000 educators across the globe. The recording has been made available for free, to continue to support educators and teaching professionals in having effective, courageous conversations about race and social justice.

Resources Mentioned During the Webinar

July 22, 2020: Faculty panelists discuss antiracist and decolonial imperatives in the humanities; how these imperatives intersect with other critical frameworks; and how to build such a program across the arts, literature, history, and critical social sciences at AU. 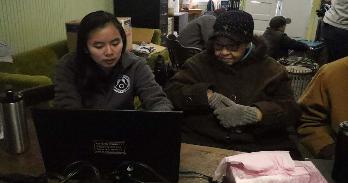 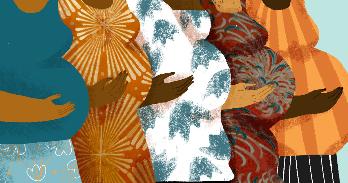 Panelists discuss how to set an antiracist agenda on food justice and Black maternal health.