As a first-generation college student, I didn’t grow up dreaming of studying abroad while I was in college. I didn’t have anyone to look up to as an example, so it was never a priority. However, at the beginning of my junior year, I had this inner voice telling me not to be afraid. I am not one to seek out adventures, but I knew this was an opportunity I couldn’t pass up. I was scared and had never left the country by myself. What would happen? Would it be safe? Would I like the people…the culture… the food? So many unanswered questions. Yet, I believed that this experience was going to be essential for my growth and development, not just in my education, but as an individual.

My flight to Madrid was scheduled for January 14, and I had a lot of preparation to do before I left. From multiple visits to CVS to take passport and visa pictures, to the application, to the many meetings about the program, it was a lot of effort. Prior to leaving, we were told to go to the Embassy of Spain to apply for our student visas, which would last for six months, although we were only staying for four months. Little did we know that our stay would be even shorter. 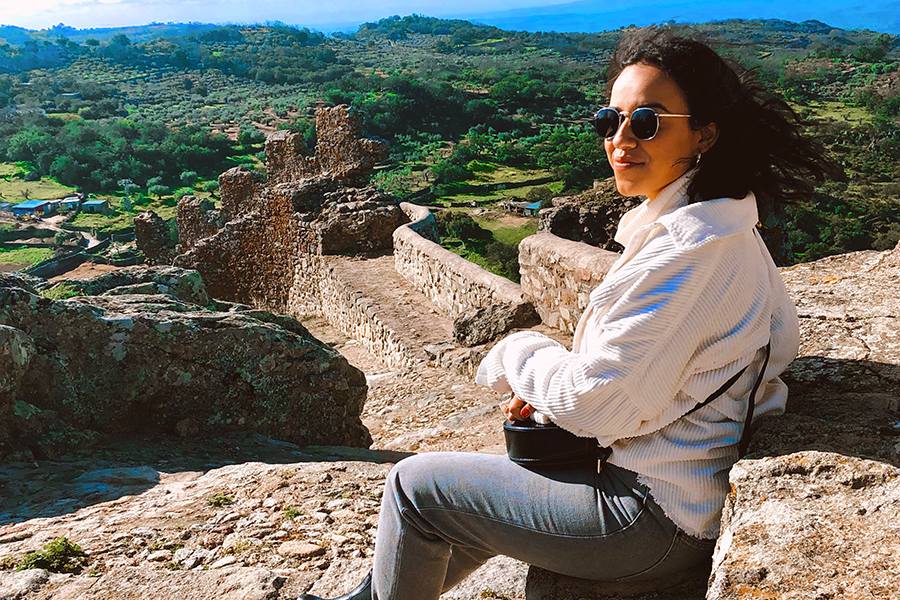 This, hectic as it was, all led up to my arrival date. But it was so worth it for the feeling that I felt boarding that plane. I felt accomplished and I hadn’t even arrived. After watching many movies and taking multiple naps, I had finally arrived. My new life began as soon as I got into a taxi at Madrid Barajaz Airport. I had no idea what to expect, but it was too late to go back.

As my driver drove through the streets of Madrid, my first thought was, "Wow, I really am in a new continent." Even though I was anxious, I knew the best was yet to come. As days went by and I overcame my jet lag, I began to get more accustomed to the culture. Thankfully, the language wasn’t a barrier for me since I come from a Spanish speaking household. But the schedule, especially the timing of the meals, was a big adjustment for me.

Can you believe Spaniards have dinner at 10 p.m.? Can you also believe they take 3+ hours while at lunch? This was a major culture shock.

And another thing, if you are not a Madrid resident, they can easily recognize it, and will stare at you a lot. My friends and I were not used to it at all. Compared to Spaniards, Americans barely make eye contact, so to leave my house and be stared at was kind of alarming. We quickly learned to stare back, and it became funny. 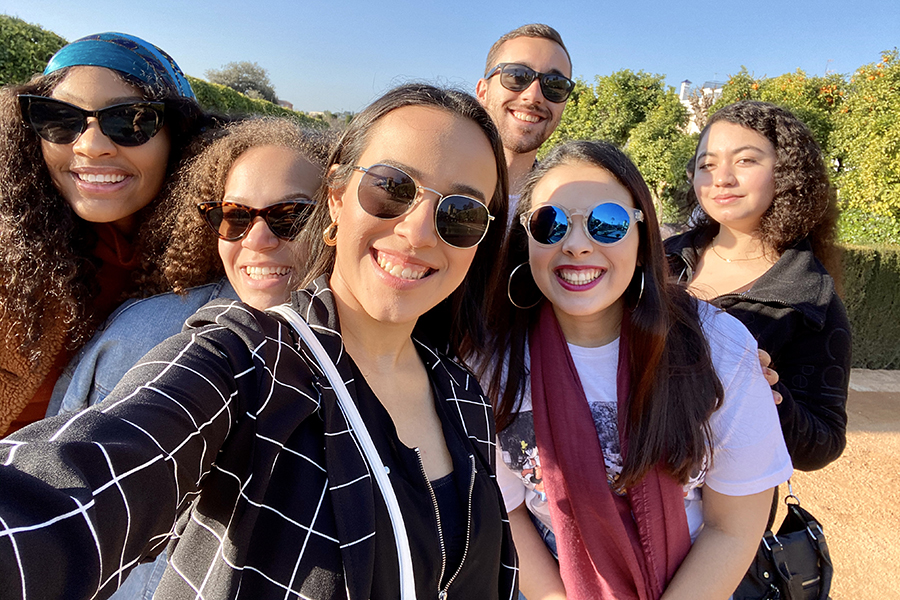 Madrid quickly became my home away from home. Even though being homesick is a real thing, for me it came and went. I created a new community, made lifelong friendships, and even learned how to successfully ride the metro (after getting really lost the first time).

What made me love Madrid even more was AU Madrid. The professors and the staff were beyond incredible. They were so passionate about what they do. They always made everyone feel special.

As an SOC student majoring in public relations, I wasn’t sure how the Iberian Experience program, which is mostly a history program, would benefit me. But with confidence I can say it was the best two months I have had as an AU student. I learned so much about the history of Spain. This course was interactive, and we got to travel to multiple places and learn more in depth about the Spanish culture. These short trips really made me realize how blessed I am and how beautiful Madrid is.

Without a doubt Madrid is an incredible place to study abroad. The people, the easy travel—one minute you are in Madrid, 50 minutes later you are on a snowy mountain, or in four hours you are at the beach— and don’t even get me started with how cheap everything is! 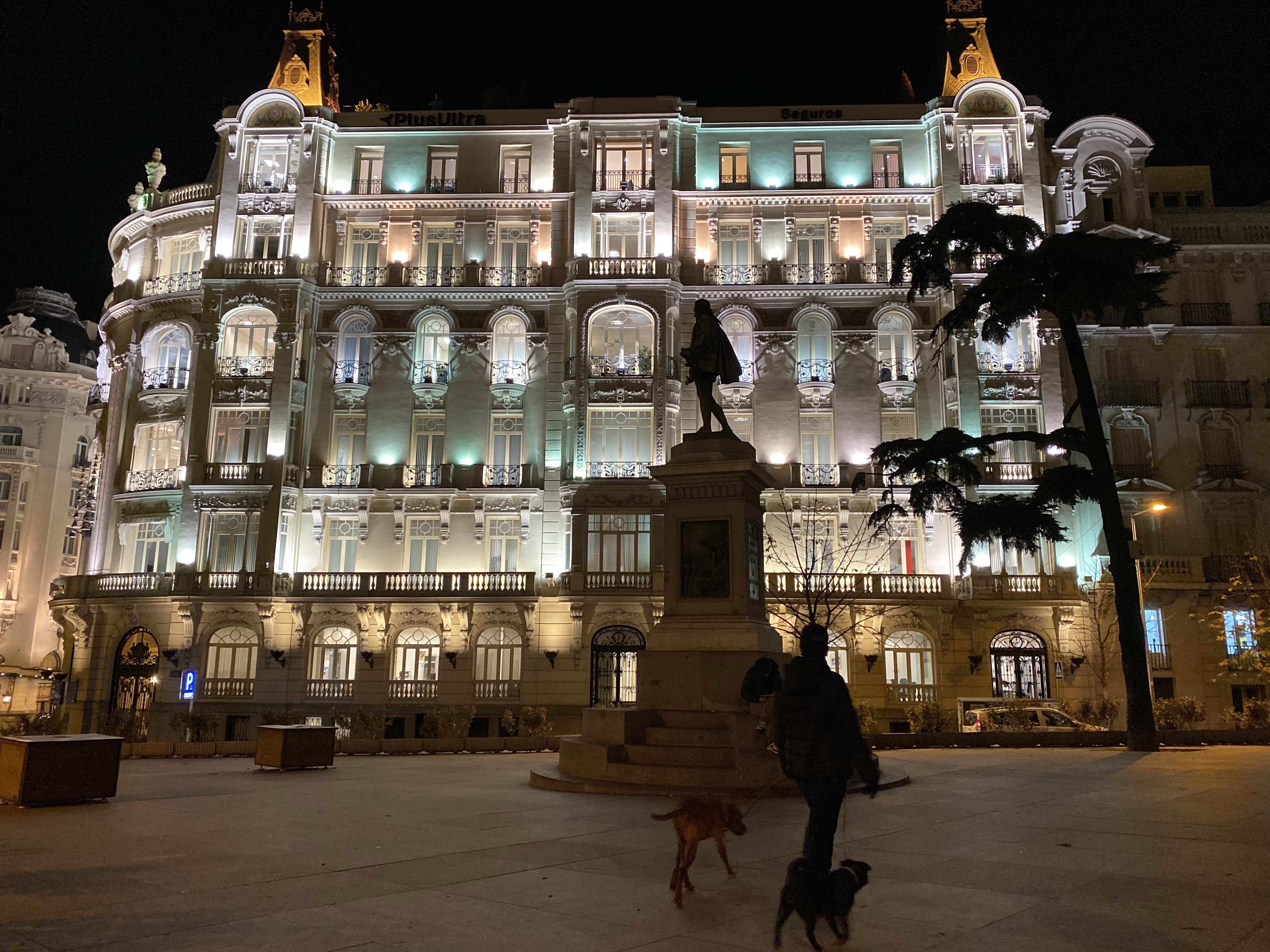 However, one Tuesday afternoon, it all came to a sudden end. In the week that followed, I watched Spain go from having 50 cases of coronavirus to over 2,000. I only had five days to pack everything that I owned and flee the country. Things were getting worse by the minute, and this was a decision that had to be made.

I remember the exact place I was sitting when I got the email that our program had been suspended. I remember going into a classroom filled with my classmates and just feeling the tension and the sadness in the air. It was devasting to see so many dreams shattered. I lost count of how many times we cried and hugged each other. I can say with certainty that what broke us the most was seeing our program director hold back so many tears as we heard his voice crumble while giving us the news.

There was also so much uncertainty.

You are telling me that after all our effort, planning, and money that was invested in coming here, it’s all over?

I am not going to lie; I wasn’t ready to leave, but this was out of anyone’s control.

Spain’s typical catch phrase is “No pasa nada” which translates to "there is truly no problem," but nobody was saying that now.

It was my time to go back home.

I bought my one-way ticket to Miami leaving Sunday. However, after President Trump's speech was delivered, there were so many flight cancellations that I couldn’t get a flight home.

I had to leave Spain as soon as possible, so I booked a flight to the Dominican Republic to stay at my friend’s house.

Long story short, that didn’t happen, and even though fear took over me, this was God’s moment to shine. The airline I was going to fly out of in May let me fly on standby. I had so much faith that I was going to get on that plane. 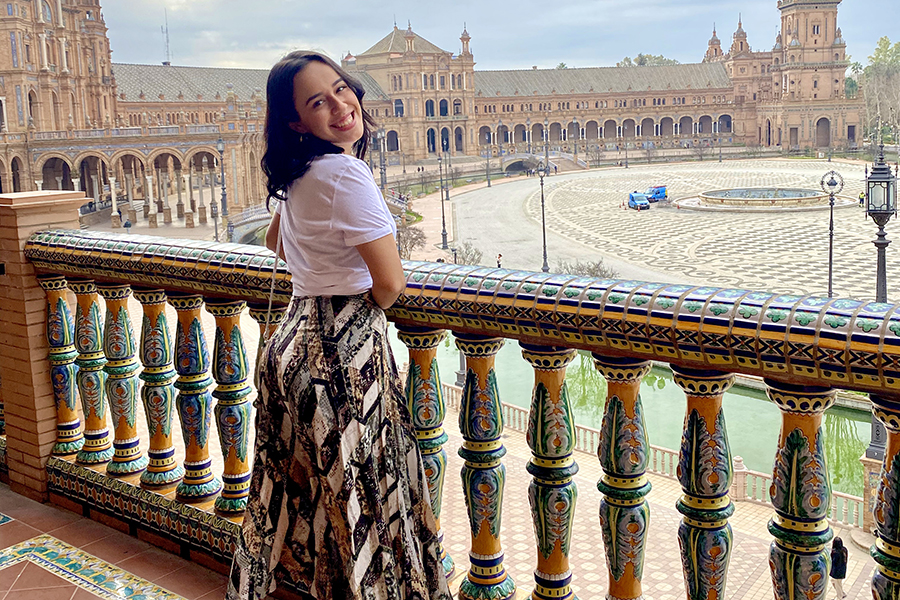 The moment that plane touched down will be a moment that I will cherish forever in my heart. It was such an incredible feeling knowing I was back home and going to see my family.

I raced through that terminal and counted down the minutes to hug my parents.

I couldn’t stop crying when I was finally reunited with them.

Being home was steady.

Being home, I finally felt safe.

I have now completed one month in quarantine. Even though classes are not the same, we are meeting regularly. For me, it’s not hard, but I do miss having live class. Never in a million years did I think that I’d be doing my last semester as a junior online.

If I’ve understood anything from all of this, it’s to appreciate life more. Appreciate the big moments and the small ones. Don’t take life for granted. Don’t take the opportunities that life offers you for granted. Enjoy the days you have. Our time is going by fast, and you never know when times like this will come around and shake your whole life upside down.

While incomplete, I will forever be grateful for the opportunity of studying abroad in Spain. I will always cherish those two months. I really do encourage anyone who can study abroad to do it. You won’t regret it, not even if coronavirus decides to ruin your experience. It’s something that college students should really experience.

With much love,
Julitza Lopez Cardenas