In today’s digital age, students and industry professionals alike are constantly wondering what the future of investigative broadcast journalism will look like. Uncertainty about how the media will adapt looms in the minds of journalists of all ages. On February 22, an all-star panel of media professionals provided their predictions to this critical question for an audience of diverse professional backgrounds. Organized by Professor Chris Halsne, and moderated by Ricardo Sandoval-Palos, public editor and ombudsman for PBS, the symposium opened up the discussion about what’s next in this ever-changing world of media from those who know it best.

Although he may be new to the role as School of Communication’s first Investigative Broadcaster in Residence, Halsne is no stranger to the journalism field. With experience spanning over thirty years in television, the highly acclaimed journalist says he decided it was time to pay it forward as a professor.

“It was a big leap, but I knew I wanted to share it,” he said. “It was time for me to amplify what I know to 10 and 20, and 100, and 200 aspiring journalists who then can take that investigative philosophy and hopefully be that whole next generation.”

With this symposium, the experienced journalist hoped to bring together a group of industry experts to amplify their unique knowledge as well.

Chief of Investigative Projects Cindy Galli of ABC News began the conversation of where the media is moving by focusing on journalists. “The future lies in the people,” she said, reflecting on her own observations from working at a network. “The investigative journalist today doesn’t look like the same person that they did five or ten years ago” because now, and in the future, there will be more transparency in the journalistic process. She advised the audience to keep evolving amidst the industry’s fast-paced environment, just as she has with her latest podcast.

“If you would have told me I was going to have a podcast years ago, I would have laughed” the journalist said.

Galli’s 2019 podcast “Have You Seen This Man” followed the intense manhunt of a murderer from the 1970s. The popular show was received well by listeners who, after each episode, were prompted to contribute tips in real time to help solve the murder. 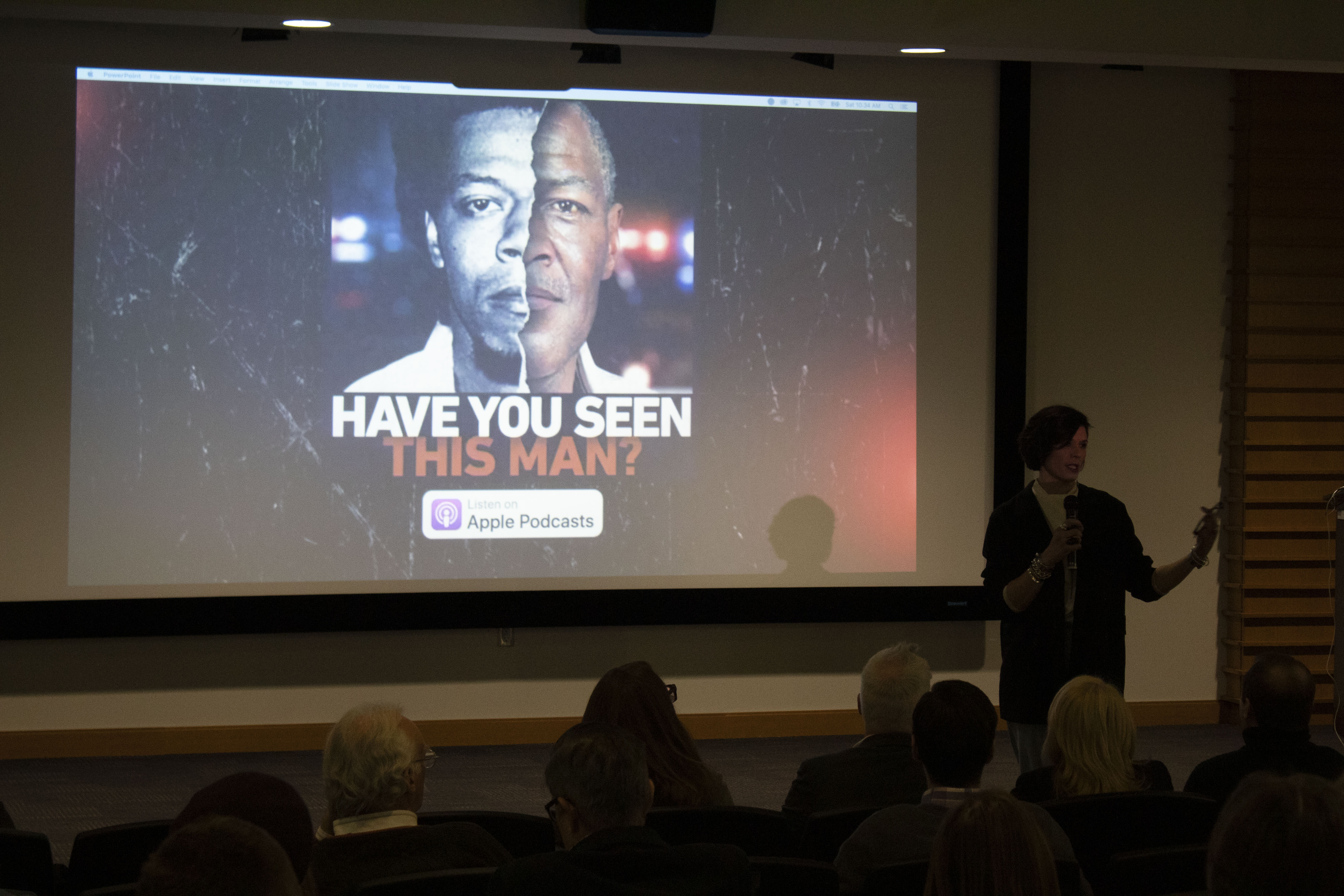 Interim Dean of the School of Communication Dr. Laura DeNardis agreed with her prediction. “The future of any field in journalism isn’t just about the technology, but about the people,” said DeNardis.

Mark Greenblatt, Senior National Investigative Correspondent of Scripps at the Washington Bureau and Newsy, believes that collaboration will be more important in the future. “I’m trying to work with people that are smarter than me,” he said and advised listeners of this panel to do the same. Greenblatt also emphasized authenticity and recommended expanding to audiences on different platforms as a way to stay ahead in this competitive industry.

Greenblatt’s work is not only award-winning, but powerful too. His reports have led to law reformation at all levels of government. His 2014 investigative piece “Under the Radar” prompted congress to change laws on military sex offenders.

The award-winning correspondent wasn’t the only panelist who recognized that, in order to survive in the fast-paced environment of broadcast investigative journalism, journalists must adapt new methods. Cindy and Rob Dorfmann of Strong Island Films said they believe the future of the industry lies in successful content agenda setting. That is, presenting stories in a strategic order to capture and keep the viewers’ attention.

“News used to be ‘Here’s what you’re going to watch,’” said Rob. “But now you can choose, and you have to decide, ‘How are we going to hook them minute to minute?’” Cindy added that journalists have to be critical throughout the entire process of their craft, from deciding which stories to report, to considering the visual aspects of cinematography, in order to be the best.

The Dorfmanns have produced and directed popular investigative work like “True Crime” for more than 15 years. Their reporting has been featured on some of the most well-known networks in the business, including ESPN, TLC, MTV, HGTV, and many more. 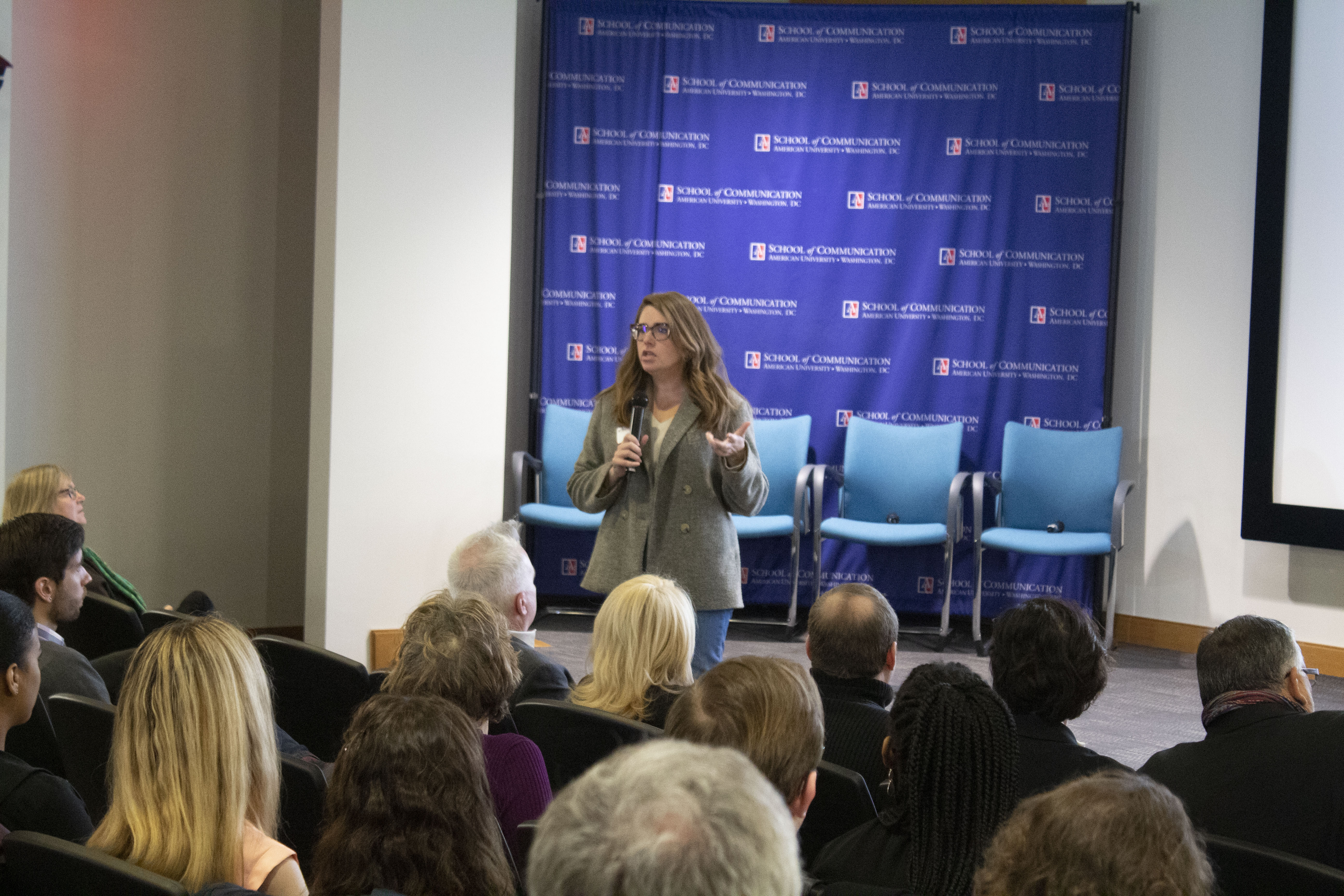 “The future is yours,” she said to the audience. “We want our newsrooms and platforms to look different.”

Hinman has worked closely with many popular CNN Films and Original Series. She previously worked with Jake Tapper on “State of the Union,” and earlier at ABC News.

While each panelist had different experiences and guesses for the future of investigative broadcast journalism, each industry expert agreed that the craft, at its core, continues to be storytelling.

Others honed in on components of a good story like compelling characters, empathetic plots, and truthful reporting. ABC’s Galli said that skillful journalists of the future will take their time to tell the story accurately, and moderator Sandoval-Palos advised the audience to “break out of traditions and increase your impact by changing how you tell stories.”

No matter where each of these broadcast leaders have worked, they agreed it’s important to remember the foundations of what journalism truly is and its functions in society. 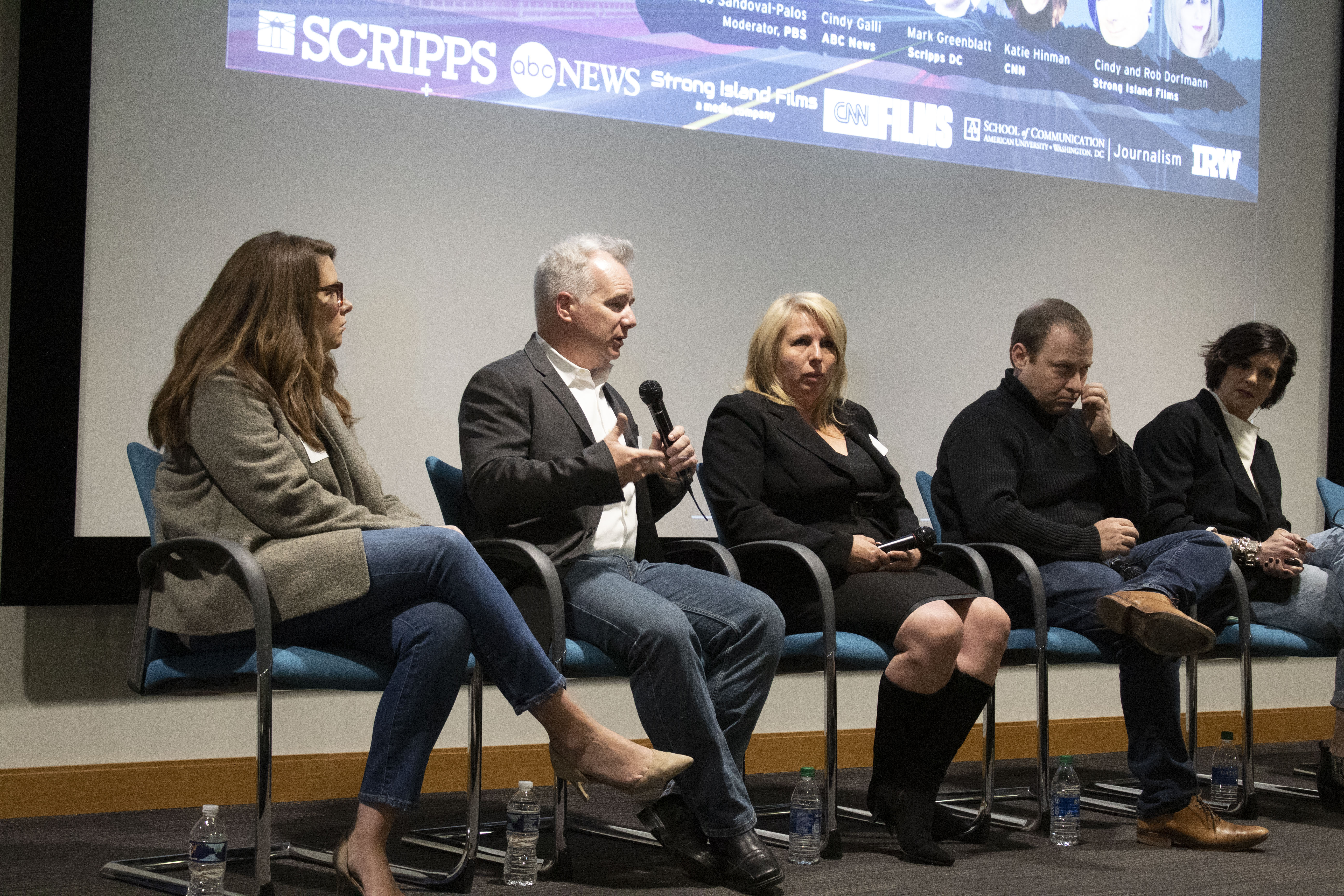 “I want to tell a story that will make an impact, but now I have to make it visual…that’s all,” Cindy Dorfmann said.

Attendees of the symposium said they received the panelists’ perspectives well, too.

International documentary filmmaker José Collazo said he attended the symposium to expand his networks. Although Collazo has extensive experience in broadcast investigative journalism, he said that “you’re never too old to learn something” and mentioned his gratitude for having events such as these open to the public.

So, just as Chris Halsne imagined when organizing this event, American University’s Investigative Symposium highlighted opportunities and new adaptations in broadcast journalism. It left the audience optimistic about the future of this ever-changing field to which Halsne has dedicated decades of his life.