Some college students are facing more challenges than just class scheduling or acing that next test. American University students last spring created a journalism project called Uncertain U, where they set out to understand how America's shifts in attitudes towards immigration and administration policies affect university students.

"As an Indian-American and a daughter of immigrants, it was hard to listen to students' experiences as I could relate to their concerns," wrote Priya Potapragada, the Deputy Webmaster of the project. "But I had to be a journalist and capture how students viewed the situation and keep my opinions out of my writing. This was my biggest takeaway. It's essential that you really listen to people's stories and also necessary that you don't influence anyone's perspective and get the facts."

Their classroom turned into a newsroom, where each student took on a specific role, such as photo editor, web designer or writer. The team was a mixture of current students in graduate programs and undergraduate programs and ranging journalistic experiences. Nonetheless, they tackled stories about the travel ban, what sanctuary campuses are, and what it is like to be an undocumented student, especially in the aftermath of the presidential election. 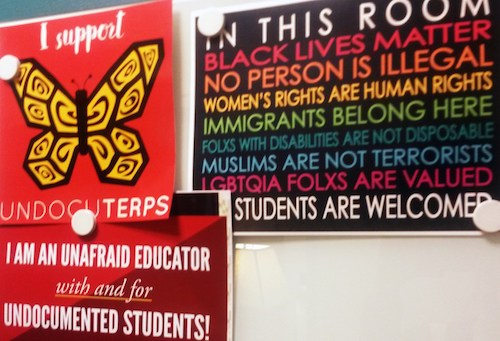 Students, under the guidance of professor Amy Eisman and in partnership with NBCWashington.com, interviewed experts, administrators, professors, and other students and put together a survey that helped them paint a picture of what college students affected by these issues face, and what the campus climate is like.

Potapragada said she had a hard time finding people to talk to about her assignment, which focused on students' fear of judgment about their nationality, ethnicity, or religion post-election, but ultimately she tracked down a few leads through friends and a professor at Montgomery College.

"Not one of them wanted to provide their name," she said. "This really spoke to my topic. These students didn't want to share something basic about their identity because they were scared of consequences. They're just here to get an education that might not be possible in their home countries."

The website features articles on the path of a student who went from a refugee camp to studying physics at George Washington University, results from the class' survey on attitudes of immigration and immigrants, the identity of international students and exploring what a sanctuary campus is.

Last year, students in the journalism class tackled questions and the ongoing debate of freedom of speech on campus. The project was titled Voiceless.

Each spring, professor Amy Eisman’s Writing and Editing for Convergent Media engages in a semester-long immersion project. The course is designed to emulate a real newsroom where each student has a role and works on stories both separately and together to produce accessible and thought-provoking content for a media partner; if the partner is pleased, the project may be promoted online and on-air. Past partners include NBC, WAMU 88.5 and Gannett.

“The purpose of this class, overall, is to teach the students to dive deeply into one topic and to all aspects of a working newsroom,” said Eisman. “The secondary purpose, which is just as important, is to take a topic and grapple with it.”

Some college students are facing more challenges than just class scheduling or acing that next test. The 2017 class set out to understand how America's shifts in attitudes towards immigration and administration policies affect university students. 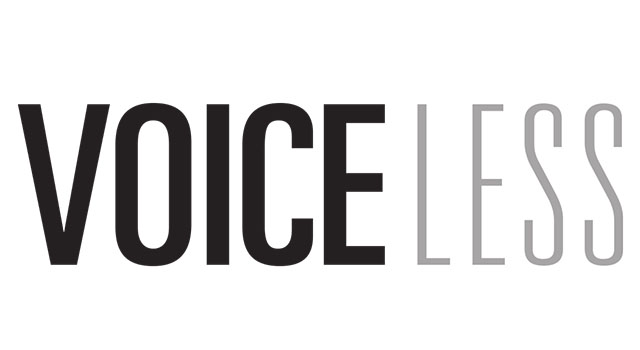 There's a new story every day. Safe spaces. Trigger warnings. Freedom of speech. But on college campuses, what that means depends on whom you ask.

"Voiceless" is a multimedia project that was conceived, written and produced by the 2016 class. The 14 students set out to research, analyze and dissect the debate over free speech on college campuses through interviews and originally produced work, surveying nearly 700 students.

Campus counseling centers are seeing a huge increase in needs for service. Journalism students wondered why, who and what that means. The 2015 class project explored the intimate topic of mental health and millennials through in-depth stories and videos about stigma, eating disorders, brain development, culture and social media. Students also surveyed peers on the topic-and drew nearly 900 responses. 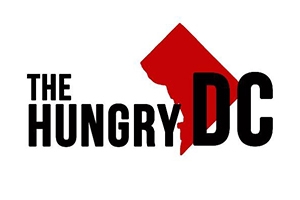 What does hunger mean in DC? In 2014, students conducted a multimedia project exploring the issue of hunger in the nation's capital. Through this project, the class examined what exactly it means to be food insecure, and discovered the landscape of hunger in D.C. is not only about the hungry but also about the people who serve them and work to combat hunger.

How does a soldier transition to civilian life? In "Half the Battle," a multimedia project conceived, reported and edited by American University journalism students, young veterans relate the challenges they've faced on that journey. The project was produced in collaboration with WAMU 88.5, the Washington, D.C., area's leading NPR member station.

In 2012, the Convergent class took on the issue of first-time voters while Professor Ivancin's class conducted the survey portion for Voting Young. The students were prescient in their findings, reporting -- earlier than other media -- that young voters were more excited about the 2008 election when they couldn't vote than the 2012 election when they could. The project's webmaster already was working at the project partner, The Washington Post, as an SOC Dean’s Intern at the time. Other project participants are working at The White House and other prestigious institutions today.

In 2011, in the most sophisticated project to date, the students did an in-depth package and survey about Growing Up in the Shadow of 9-11. The package’s publication coincided with the death of Osama bin Laden. The world wanted to know how young people felt about bin Laden and why there was celebration by millennials on the streets outside the White House. Consequently, the project drew national and local media coverage. The student who headed the project was recommended to The Washington Post on contract; in January 2013, she was hired there full time.

In 2010, the class did a project focusing on the "new" civil rights issues. They found that education ranked high. Based on the impressive work by one of the project leaders, SOC faculty recommended him for Facebook's first DC internship; he ended up working there for more than a year.

In 2009, the class did a survey to evaluate the role of more than 3,000 article comments in online versions of news stories. Students found that 4-in-10 commenters really were just responding to each other more than the content, turning the space into a “chat room” as one student remarked.