To magnify the concerns of young voters with diverse experiences and backgrounds, American University School of Communication (AU SOC) professor and journalist Dr. Sherri Williams launched the “Vision 2020: Election Stories from The Next Generation” project in partnership with The Nation Magazine. The project focuses on magnifying the concerns of young voters from diverse experiences and backgrounds, leading up to the most critical election of our lifetime. Nine AU student journalists, one student from Syracuse University and another from University of Kansas were able to contribute to the project and have their stories published. Students worked on one long-form story related to major election issues during the spring 2020 semester (January-May 2020) and those who met all deadlines and produced quality articles, had their stories published by The Nation in summer/fall, 2020.

The concerns of white, heterosexual, cis-gendered, and middle-class college students have always been highlighted by journalists. Dr. Williams hopes that with the creation of the Vision 2020 project, the voices and concerns of young people of color will also be heard and brought to the forefront. Students were given a platform to tell stories that were not only impacting the world but those that affect their own everyday lives. 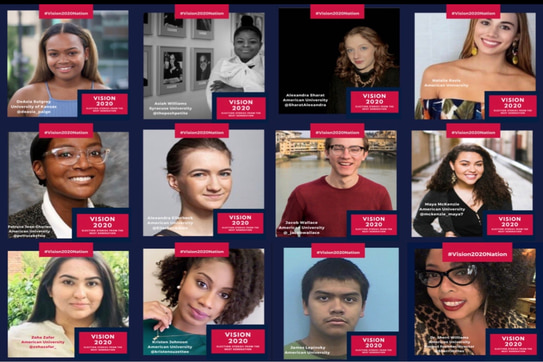 While pursuing a Master’s degree in investigative journalism at SOC, Kristen Johnson was one of those chosen to contribute to the Vision 2020 project. She centered her stories around the experiences of Black women and their biggest concerns intersecting women’s rights, health care, and political representation. Her first story, “What Do Young Black Women Want From This Election?” highlighted the voices of Black women who look to use the power of voting as a chance to demand an increase in social, economic, and political power for marginalized people. She points out that Black women are a powerful voting bloc who deserve a “return on their investments” in this country. Their votes have led to the wins of the first Black president and Black senators across the nation. This year, Black women want more than symbols of hope and recognition. As Kristen stated in her story, “Some younger Black women view this presidential election as an opportunity to consolidate and increase social, economic, and political power for marginalized people.” An opportunity to demand policies that will bring long-lasting, positive improvements to their communities. She hopes that with the recent increase in conversations and protests surrounding Black Lives Matter, more young people will head to the polls to create the change they hope to see for a better America. 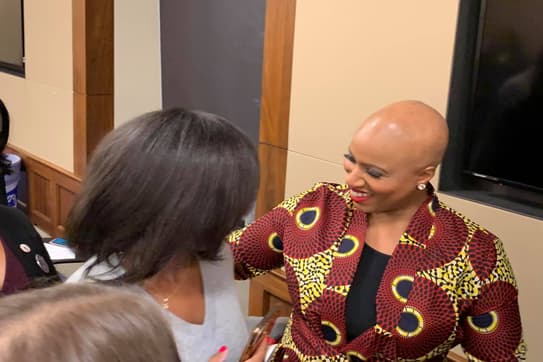 Jacob Wallace was pursuing his Master’s degree in journalism at SOC when he contributed to the Vision 2020 project. His story, “Want the Youth Vote? Prioritize Climate Change” points out that climate change is one of the most pressing issues young voters are concerned about. Young activists involved in organizations like Sunrise Movement, Zero Hour, and more, demand that politicians emphasize the need to create climate change policies. As Jacob mentions in his story, “Millennials and Generation Z are the only generations in the United States where a majority of survey respondents say Earth is getting warmer due to human activity, according to a 2019 survey by Pew Research Center. Among 1,000 voters aged 18–29, one survey found that as many as 4 in 5 believe “global warming is a major threat to human life on earth as we know it.” ” Young voters are focused on choosing a candidate who will bring changes and draw attention to the larger conversation about climate change to lead a better future. 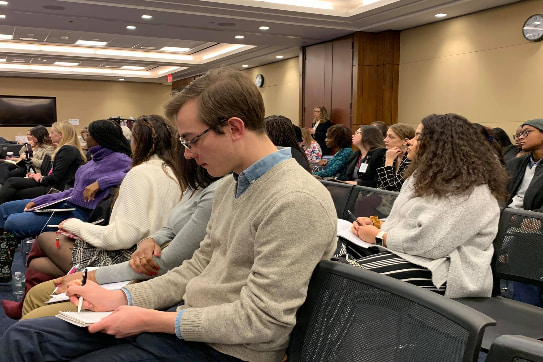 DeAsia Sutgrey, who earned her Bachelor’s degree in Journalism from the University of Kansas, was also one of 10 college fellows selected to be a part of Dr. Williams’ Black on Campus program in 2018. For her, contributing to the Vision 2020 project was a chance to amplify the voices of young queer voters of color. Her story, “Young, LGBTQ Voters of Color Could Swing This Election,” was centered around the concerns the Trump administration has raised for the LGBTQ community and the changes that queer voters of color hope to achieve through voting in November. For example, the Trump administration has enabled anti-LGBTQ discrimination and banned transgender people from serving in the U.S military. Young queer voters of color are also concerned with the restrictions placed on transgender rights by the Trump administration and what that means for the LGBTQ community moving forward. They hope their vote will elect a president who supports equality and can better serve the queer community.

Between the COVID-19 pandemic, an economic crisis, and protests around the country, this year has shown a clear need for effective leadership. In the words of political analyst and author Tiffany Cross, “Voting is the best harm reduction tool that we have.”

Dr. Williams hopes that communities who were harmed by the current administration continue to organize, lean on one another, and lift each other up. She hopes communities will continue to “put pressure on politicians who continue to develop oppressive policies and spew oppressive rhetoric.” For her part, she will continue to teach the next generation of journalists to tell accurate and balanced stories that reflect the experiences of those whose voices haven’t been heard enough.