Are you lining up at midnight to snag doorbuster deals on Black Friday? If so, you may have fallen victim to deceptive marketing. Two of Kogod’s marketing professors gave us the 411 on the spending season, so before you leave your Thanksgiving feast to gobble up new gizmos, find out if it’s better to brave the Black Friday crowds or shop from the comfort of home for some sweet Cyber Monday savings.

Most people think they’re getting a great deal by shopping on Black Friday. But are they?

As it turns out, those “sales” prices plastered all over stores are relative.

“The base price from which retailers calculate sale prices is usually hypothetical,” explains Professor Sanal Mazvancheryl. “They have sold very few items, if any, at that inflated price. This makes the deal seem better than it actually is.”

So, if people aren’t really getting the best deals of the year, why participate?

“Most Black Friday shopping is done in groups,” says Mazvancheryl. “It becomes a fun bonding experience, meeting a deeper human need to connect with others.”

But why enjoy a deeper human connection in a dark parking lot after abandoning the rest of your family around the Thanksgiving table? “It’s a cultural phenomenon,” says Clayton. “The idea of kicking off the Christmas season combines with the lure of getting a great deal and inspires shoppers to wake up early or even camp out to get a bargain.”

Okay. But why do stores want shoppers to arrive SO early for these special sales? Wouldn’t the sales be just as attractive at normal business hours?

“It’s an arms race for the retailers,” explains Clayton. “Whoever opens first has the best chance of capturing consumer spending.”

Once the crowds are released from the barricades, everyone is after one thing, the golden ticket of Black Friday–the doorbuster deal. 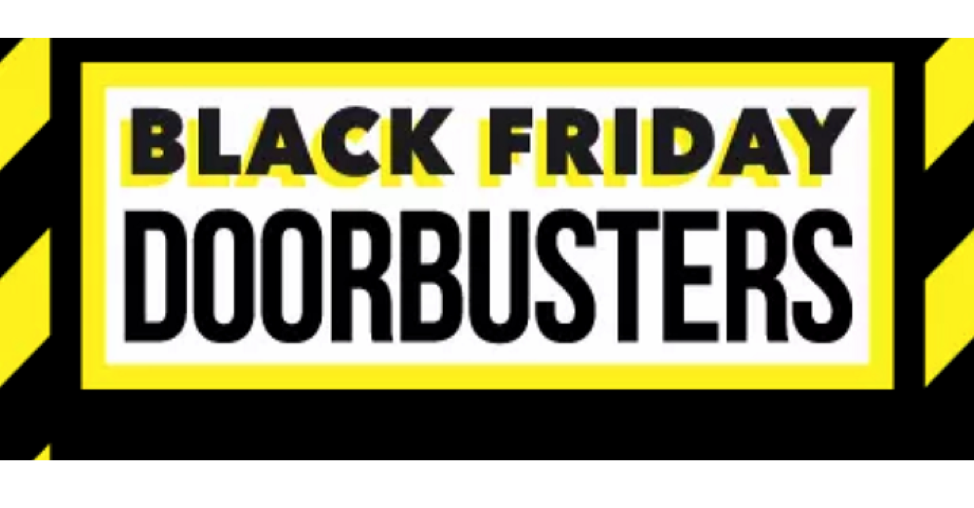 But many shoppers don’t realize their chances of scoring one of those doorbuster items are slim to none. Instead, they might get bamboozled into purchasing products that may not sell as well during the rest of the year.

“They’ll lure you in with an ad for one brand, which will immediately sell out, so they’ll steer you to a less desirable brand at the same price,” says Clayton. “While a true bait and switch is illegal, retailers can circumvent this by including language in their ads that states the ‘supplies are limited.’”

“Promotions in general are all about creating buzz and excitement around the product, item, or store,” says Mazvancheryl.

Although a store’s success on Black Friday doesn’t necessarily mean it’ll be successful the rest of the year, it’s still helpful in other ways. “It is effective at bringing in shoppers who don’t normally go to your store,” says Clayton.

In fact, a little bit of flashy marketing, enticing customers to line up early with like-minded people, and making a game of winning that doorbuster deal was enough to get 38 percent of Americans shopping last Black Friday.

So, will Clayton and Mazvancheryl be lining up for deals this year?

But if you feel an irresistible need to shop, make a plan and stick with it. “Set a total budget for the holidays, and don’t go over it,” says Mazvancheryl.

And if you want to get the most out of your budget, you can find the best sales if you look hard enough. “Do your homework. There are many sites and news sources which will publish the best deals,” Clayton advises.

So, will you still be lining up this year?