Based on its successful track record and visionary leadership in research and creative media at the intersection of entertainment and social justice, the Center for Media & Social Impact (CMSI) was awarded a new $750,000 grant from the John D. and Catherine T. MacArthur Foundation in February 2022. To date, it’s the largest single grant to CMSI from the Foundation, and it represents the global philanthropy’s long-term support of CMSI, a creative innovation lab and research center based at American University’s School of Communication.

As a member of the MacArthur Foundation’s inaugural Participatory Civic Storytelling grantee cohort (part of its Journalism and Media program) over the past six years, CMSI has expanded its programmatic work and staffing exponentially since receiving its first large-scale MacArthur Foundation grant in 2016 under the direction of principal investigator and CMSI executive director, professor Caty Borum Chattoo. Professor Borum Chattoo has raised nearly $7 million in external funding to support CMSI staff and programs since her leadership appointment in 2015. In 2021, she was recognized with American University’s annual Outstanding Scholarship, Research, Creative Activity, and Other Professional Contributions Award.

The MacArthur Foundation sees CMSI as a “center of gravity” for the ongoing field-building of organizations and leaders who work within entertainment media and culture, documentary storytelling, and public engagement to support positive social change.

“The digital era has had a profound impact on civic and political life, expanding opportunities for those from historically marginalized communities to participate in our democracy in new and novel ways and democratizing access to tools and technologies for creating and disseminating media at mass scale,” said Jen Humke, Senior Program Officer for the Journalism and Media Program at the MacArthur Foundation. “Amidst these dramatic changes, the Center for Media & Social Impact at American University has emerged as a center of gravity for the field, helping to build and nurture a new generation of civic media makers, from journalists and documentary filmmakers to interactive and virtual reality storytellers, gamers and comedians who share a commitment to creating a more just and inclusive society through the stories and information they share.”

With the support of the MacArthur Foundation grant, CMSI plans to expand its programming in research, creative media production, and convenings.

About the Center for Media & Social Impact 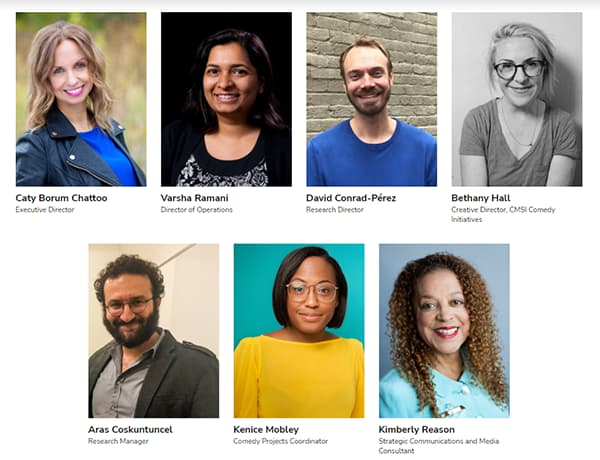 The Center for Media & Social Impact (CMSI), based at American University's School of Communication, is a creative innovation lab and research center that creates, studies, and showcases media for equity, social change, and social justice. CMSI is a “think and do” organization: In collaboration with leading social justice organizations and movement leaders, entertainment media companies, and philanthropy, CMSI facilitates and produces research, convenings, and creative media that bolsters social change and progress around issues of racism and racial violence, environmental justice, gender equity, and other pressing societal challenges. CMSI also co-directs the Yes, And…Laughter Lab with cultural agency Moore+Associations.