SPA provides students the opportunity to meet alumni and employers through Industry Days. These events will feature panels of industry experts and networking receptions here on campus.

Due to covid-19, we have altered the format for our Industry Day events from a single event to an event that spans multiple days. These virtual events will follow the same format of a moderated panel of alums and employers to discuss the featured industry, trends and issues to be aware of, and advice for those interested in learning more followed by a two week period for individual meetings between students and alums and employers.

Some things to be aware of:

Questions can be directed to Mr. Justin Williams, Associate Director of Undergraduate Recruitment & Retention, at jwilliam@american.edu.

National Security, Cyber Security, Counterterrorism, and Intelligence work-- do you work in any of these fields or have an interest in learning more about them? Please join American University's School of Public Affairs and Career Center for a virtual networking event. Employers, AU students, and alumni will have the opportunity to network, provide helpful tips for entering the ﬁeld, and discuss available opportunities.

Education, Housing, Food, Environment & Sustainability, and or Social Advocacy & Equity Nonprofits. If you work for an organization focused on any of these areas, or if you’re interested in working in these ﬁelds, please join American University's School of Public Affairs and Career Center for a virtual networking event. Employers, AU students, and alumni will have the opportunity to network, provide helpful tips for entering the ﬁeld, and discuss available opportunities.

Tuesday, October 6th Nonprofits: Making a Difference Panel. Students need to register, through Handshake, in order to get instructions and links for both parts of the industry day. Please register by noon EST October 6th. 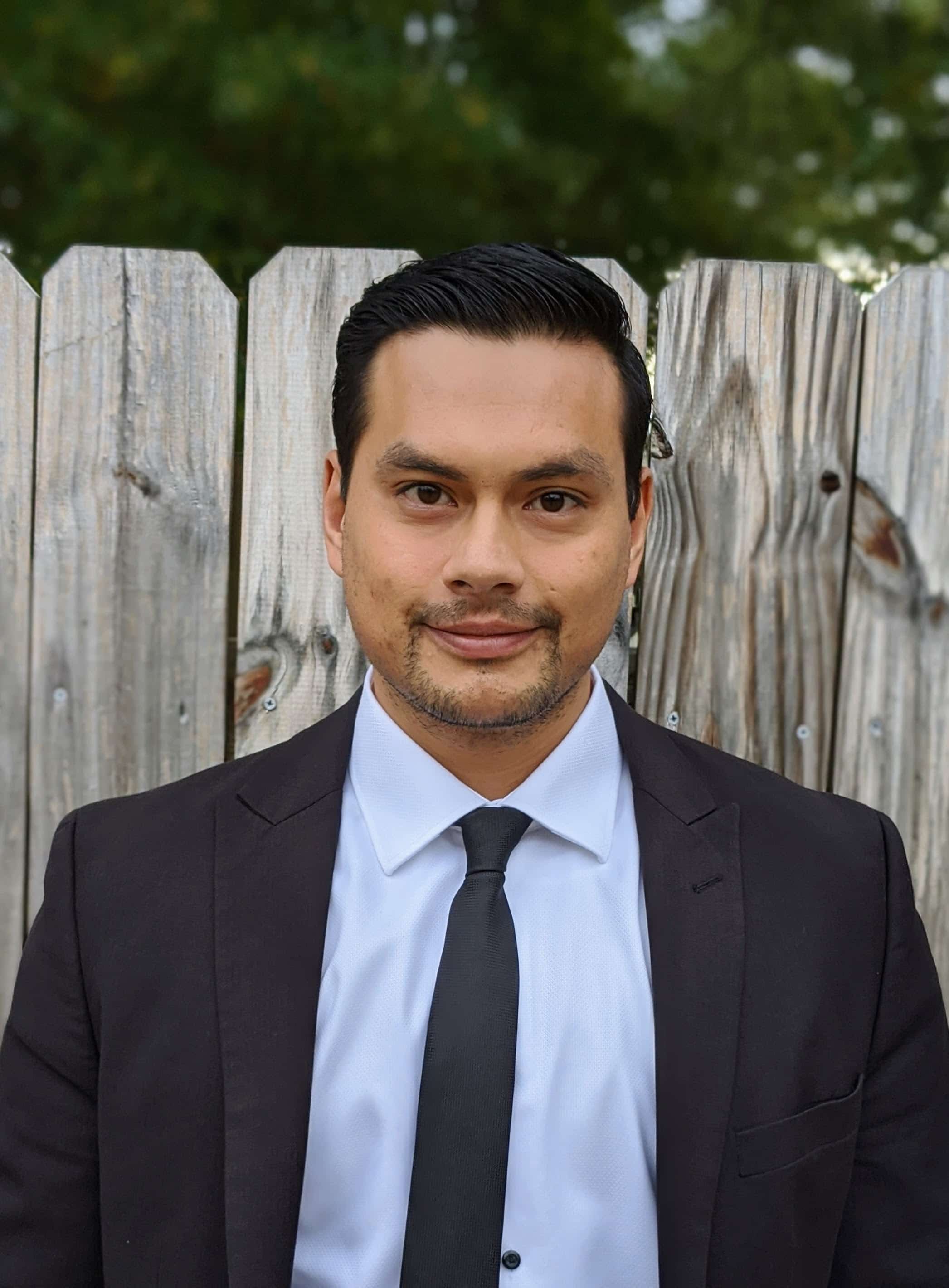 George Garcia has more than 14 years of professional work experience as a community leader to meet the health and educational needs of traditionally at-risk and underserved communities. Before assuming his current role as Director of Education and Workforce at The Latin American Youth Center (LAYC) he oversaw the Health Promotions program as the Health Promotions Program Manager. As Director he oversees the After Schools program (offering young academic support and enrichment during after school hours for DCs elementary, middle and high schools); the Community School program (partnerships between the school and community resources that support students and families in and beyond the classroom); AmeriCorps program (provides the opportunity for young adults who are considering a career in youth development, social service, to try their hand in a real-world setting and gain tons of useful skills); the Workforce program (students receive integrated education and workforce training that prepares them for their careers of choice).

Mr. Garcia also served as Board President and CEO of Equality Inland Empire (EQIE). EQIE was the only LGBT organization in California’s San Bernardino county that focused on LGBT rights. As Board President/CEO, Mr. Garcia developed and executed new programs, led all community engagement efforts, oversaw all grants, and navigated the organization to align with the needs of the community. Mr. Garcia also had the pleasure of working for Rainbow Pride Youth Alliance (RPYA). RPYA is the only LGBT youth-focused organization in California’s San Bernardino county. At RPYA Mr. Garcia was responsible for working with youth in the Inland Empire region, in southern California, who are at risk for mental health issues, substance abuse, and exposure to STI/HIV. He also worked with the community to implement new programs within RPYA and conducted “culturally competent training” in for-profit and non-profit organizations on RPYA’s behalf.

Mr. Garcia has a Master of Public Administration at the School of Public Affairs at American University in Washington, DC.

Jaleesa Hall is a native of Miami Florida. She holds a Bachelor of Arts in Mass Media Arts, Radio, TV, Film from Clark Atlanta University, Master of Public Administration from American University, and is a recent graduate of Wesley Theological Seminary where she attained a Master of Divinity and Community Engagement Fellowship. In 2017, Jaleesa founded Raising A Village Foundation (RAV), a non-profit organization that provides high-quality intervention programs and community resources to underserved children and families.

Prior to Raising A Village, Jaleesa held leadership positions at some of the most notable non-profit and government organizations in the District, including Center City Public Charter Schools, the Hirshhorn Museum and Sculpture Garden, Wolf Trap Foundation for the Performing Arts, and Wesley Theological Seminary. She’s also been awarded numerous fellowships including the Newman Civic Fellowship, The Change Makers Project (London, England), and the Community Engagement Fellowship. As Founder and CEO of RAV, it is Jaleesa’s mission is to improve the lives of children and families by creating innovative and sustainable programs that encourage safe, healthy, and whole communities.

Kristin Scott Kennedy, Chief of Staff at Council on Foundations

Prior to joining the Council she was a director in the office of the president at Grantmakers for Effective Organizations where she supported the priorities of the president and CEO, facilitated GEO’s Board of Directors, managed partnerships and developed programming on emerging topics in philanthropy.

Previously, Kristen worked for the U.S. Overseas Cooperative Development Council, a membership organization that promotes the use of cooperatives as a development paradigm. For four years she was managing director at The Bhutan Canada Foundation, a Canadian charitable organization dedicated to improving education in the Kingdom of Bhutan. Kristen began her career in communications and operations at The Unusual Suspects Theater Company in Los Angeles before working in fundraising at The Lucile Packard Foundation for Children’s Health in Palo Alto, CA and Macmillan Cancer Support in London, UK.

Kristen received her master of public administration from American University’s School of Public Affairs. She is an alumna of the University of Southern California and a recipient of the Nonprofit Executive Scholarship at the Richard Ivey School of Business.

Lizzie Martinez, Director of Development at Partners for a Hunger-Free Oregon

Lizzie is passionate about using fundraising and communications to connect people with social justice and anti-poverty initiatives. She has spent the last decade fundraising for incredible nonprofits in Portland and Washington, D.C. In Portland, she has worked as a fundraiser for Housing Oregon (formerly Oregon Opportunity Network) and Latino Network. She is currently Director of Development at Partners for a Hunger-Free Oregon, the statewide anti-hunger advocacy group. In Washington, D.C., she worked for ServiceNation (now part of Service Year Alliance) advocating for expansion of AmeriCorps programs. She is a proud AmeriCorps VISTA alum and lifetime Girl Scout member! She is a graduate of Linfield College (B.A.) and American University (MPA).

She currently volunteers as a member of the Multnomah County Library Advisory Board and as board chair with MRG Foundation. She also leads the Fundraisers of Color affinity group, through Willamette Valley Development Officers. With WVDO, she is also an instructor in the Nonprofit Certificate program. In her spare time, she likes to travel around the world (when it's not a pandemic!), read good books, play with her nieces and nephews, and enjoy the beautiful Pacific Northwest!

Marley Rave currently serves as Director, Individual Relations and Philanthropy for Autism Speaks, responsible for raising $26 million in annual revenue for the organization in collaboration with the corporate development, online giving and special events departments. Before serving in this role, she was the Executive Director of the Autism Speaks National Capital Area Chapter. Prior to joining Autism Speaks, Marley worked for a decade at Meals On Wheels Association of America and its foundation as Vice President & Chief Marketing Officer.

She earned her masters in public administration at American University with a focus in nonprofit management and gave the School of Public Affairs commencement speech for the 2013 graduating class. She received her bachelors in sociology at Ohio University and a public relations certificate from Georgetown University. She also presented a TedX Talk on Gen X/Millennial giving and volunteerism entitled "How The Most Selfish Generation Will Do The Most Good”.

Marley lives in Silver Spring, Maryland with her husband and 11-month-old daughter.

There are several other industry-specific networking receptions hosted by the Alumni Office and Career Center throughout the year. Students can find these events through Handshake.