This spring, American University’s Jewish Studies Program launches a webinar series spotlighting new books on Europe’s Jews before the Holocaust. The series is cosponsored by the Center for Israel Studies. The europe’s Jews series is made possible by the generosity of the Knapp family Foundation.

Jeffrey Veidlinger, In the Midst of Civilized Europe: The Pogroms of 1918–1921 and the Onset of the Holocaust 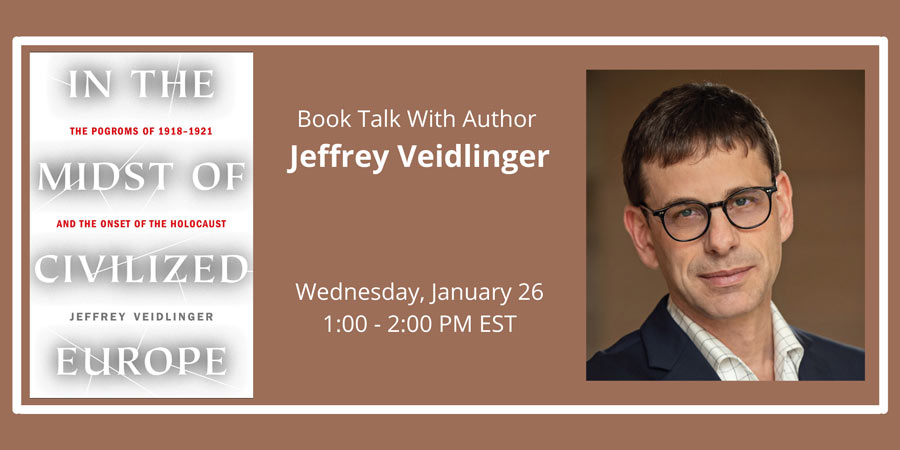 Between 1918 and 1921, over a hundred thousand Jews were murdered in Ukraine by peasants, townsmen, and soldiers who blamed the Jews for the turmoil of the Russian Revolution. In hundreds of separate incidents, ordinary people robbed their Jewish neighbors with impunity, burned down their houses, ripped apart their Torah scrolls, sexually assaulted them, and killed them. Largely forgotten today, these pogroms—ethnic riots—dominated headlines and international affairs in their time. Aid workers warned that six million Jews were in danger of complete extermination. Twenty years later, these dire predictions would come true. Drawing upon long-neglected archival materials, including thousands of newly discovered witness testimonies, trial records, and official orders, acclaimed historian Jeffrey Veidlinger shows for the first time how this wave of genocidal violence created the conditions for the Holocaust.

Jaclyn Granick, International Jewish Humanitarianism in the Age of the Great War 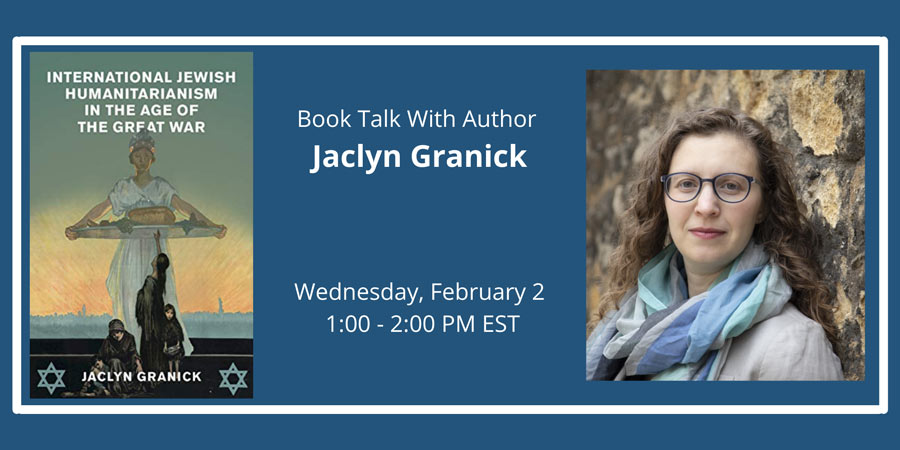 In 1914, seven million Jews across Eastern Europe and the Eastern Mediterranean were caught in the crossfire of warring empires in a disaster of stupendous, unprecedented proportions. In response, American Jews developed a new model of humanitarian relief for their suffering brethren abroad, wandering into American foreign policy as they navigated a wartime political landscape. The effort continued into peacetime, touching every interwar Jewish community in these troubled regions through long-term refugee, child welfare, public health, and poverty alleviation projects. Against the backdrop of war, revolution, and reconstruction, this is the story of American Jews who went abroad in solidarity to rescue and rebuild Jewish lives in Jewish homelands. As they constructed a new form of humanitarianism and re-drew the map of modern philanthropy, they rebuilt the Jewish Diaspora itself in the image of the modern social welfare state. 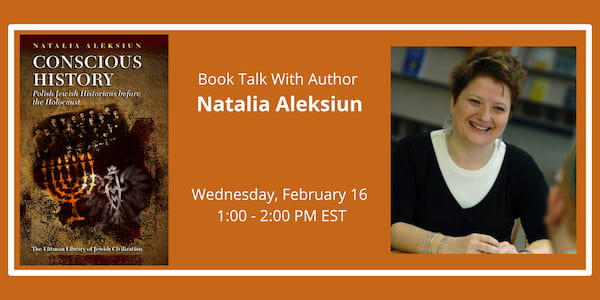 Thoroughly researched, this study highlights the historical scholarship that is one of the lasting legacies of interwar Polish Jewry and analyses its political and social context. As Jewish citizens struggled to assert their place in a newly independent Poland, a dedicated group of Jewish scholars fascinated by history devoted themselves to creating a sense of Polish Jewish belonging while also fighting for their rights as an ethnic minority. The political climate made it hard for these men and women to pursue an academic career; instead they had to continue their efforts to create and disseminate Polish Jewish history by teaching outside the university and publishing in scholarly and popular journals. By introducing the Jewish public to a pantheon of historical heroes to celebrate and anniversaries to commemorate, they sought to forge a community aware of its past, its cultural heritage, and its achievements—though no less important were their efforts to counter the increased hostility towards Jews in the public discourse of the day. In highlighting the role of public intellectuals and the social role of scholars and historical scholarship, this study adds a new dimension to the understanding of the Polish Jewish world in the interwar period.

Michael Brenner, In Hitler's Munich: Jews, the Revolution, and the Rise of Nazism 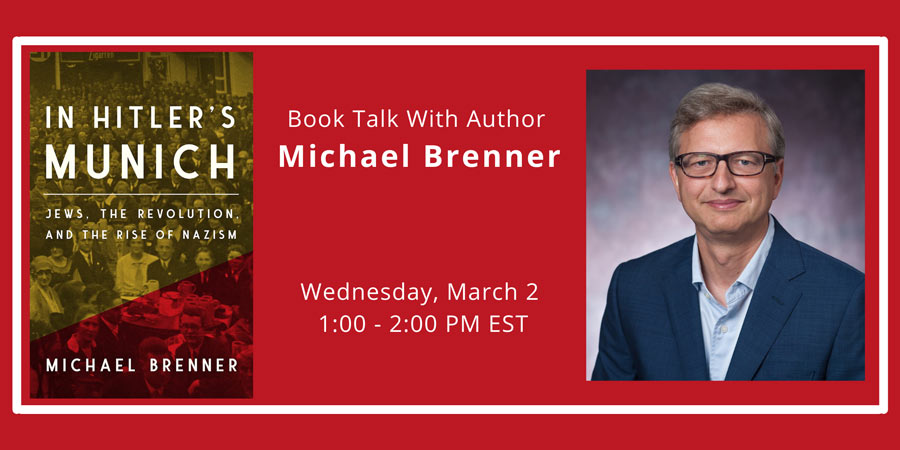 In the aftermath of Germany's defeat in World War I and the failed November Revolution of 1918–19, the conservative government of Bavaria identified Jews with left-wing radicalism. Munich became a hotbed of right-wing extremism, with synagogues under attack and Jews physically assaulted in the streets. It was here that Adolf Hitler established the Nazi movement and developed his antisemitic ideas. Michael Brenner provides a gripping account of how Bavaria's capital city became the testing ground for Nazism and the Final Solution.

In an electrifying narrative that takes readers from Hitler's return to Munich following the armistice to his calamitous Beer Hall Putsch in 1923, Brenner demonstrates why the city's transformation is crucial for understanding the Nazi era and the tragedy of the Holocaust. Brenner describes how Hitler and his followers terrorized Munich's Jews and were aided by politicians, judges, police, and ordinary residents. He shows how the city's Jews responded to the antisemitic backlash in many different ways—by declaring their loyalty to the state, by avoiding public life, or by abandoning the city altogether.

Drawing on a wealth of previously unknown documents, In Hitler's Munich reveals the untold story of how a once-cosmopolitan city became, in the words of Thomas Mann, "the city of Hitler."