The crude and racially insensitive act of bigotry reported this morning is under investigation by AU Campus Police with assistance from the D.C. Metropolitan Police Department (MPD) and other AU offices and senior officials.

We strongly condemn what happened; will do all that we can to find those responsible; and ask that anyone who may know of those involved to please step forward and contact Public Safety at 202-885-2527 or the AUPD Tips Site.

We will alert the university community of the investigation's findings and next steps and will respond as swiftly and strongly as possible.

Racially charged acts of bigotry are done to instill fear and inflict pain in our community-especially at stressful times, such as at the end of the term.

I regret this happened, apologize to everyone offended, and state emphatically that this incident does not reflect what American University truly is. While this incident targeted AU's chapter of Alpha Kappa Alpha Sorority, Incorporated, and occurred after the first black woman and AKA member was sworn in as the Student Government president-our entire university community has been adversely affected by this cowardly, despicable act.

There will be a campus community meeting on Tuesday, May 2 to discuss the incident at 12 noon in Kay Chapel. Members of the President's Council on Diversity and Inclusion (PCDI) will be in attendance. PCDI will also host one-on-one drop in conversations at 6 p.m. at a table in McDowell Hall-as part of the PCDI Listens series.

Know that American University remains committed to principles of diversity, inclusion, common courtesy, and human dignity, and acts of bigotry only strengthen our resolve. Anyone who does not feel similarly does not belong here.

On May 1st, 2017, American University was alerted to a racist incident that occurred in our community. We strongly condemn what happened and will do all that we can to find those responsible. 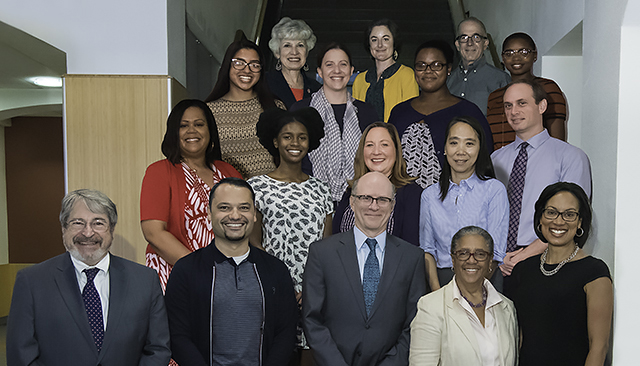 More on the Council