Benjamin Stokes, an assistant professor at American University School of Communication (AU SOC), is currently researching how neighborhoods and communities, such as Washington, DC’s Adams Morgan, can be empowered to build stronger social connections through digital media.

Stokes said the strength of his research is it brings a number of different perspectives together, including: design, technology, communication, and civic engagement.

“All of those things have to come together if you’re trying to design interactive systems for neighborhoods and communities,” Stokes said.

According to Stokes, games provide a different and more powerful way of thinking about a problem than other digital media. He said he feels everyone interested in digital media and interactive systems should push themselves to consider games.

Stokes argues that games are a more interesting and complex interactive system because their meaning is often in the choices they offer and not just the content.

“If you’re like, ‘oh I learned how to make a website,’” Stokes said. “To me that’s somebody who’s like, ‘well I learned how to compose sentences, but I’ve never tried a paragraph.’ Why not try a paragraph? It’s not that crazy, and it’s very interesting.”

Stokes said his current research can be traced to a non-profit that he cofounded in New York called Games for Change, which empowers game creators and social innovators to drive real-world change using games and technology.

“The annual festival for Games for Change remains one of the most important gathering spaces in the world for civics and games,” Stokes said.

Stokes said although he studies big-scale trends in civic media, his designs are local in focus and impact. Stokes argues that the app store is often a terrible ecosystem for local content.

Earlier this year, Stokes published research showing how Pokémon GO was still a powerful force for cities if they are willing to remix the game for some local campaigns.

"This is a really interesting problem in a global age where local still matters," Stokes said. "We still connect to where we live. We live in communities and neighborhoods, and we don't want them all to look the same." 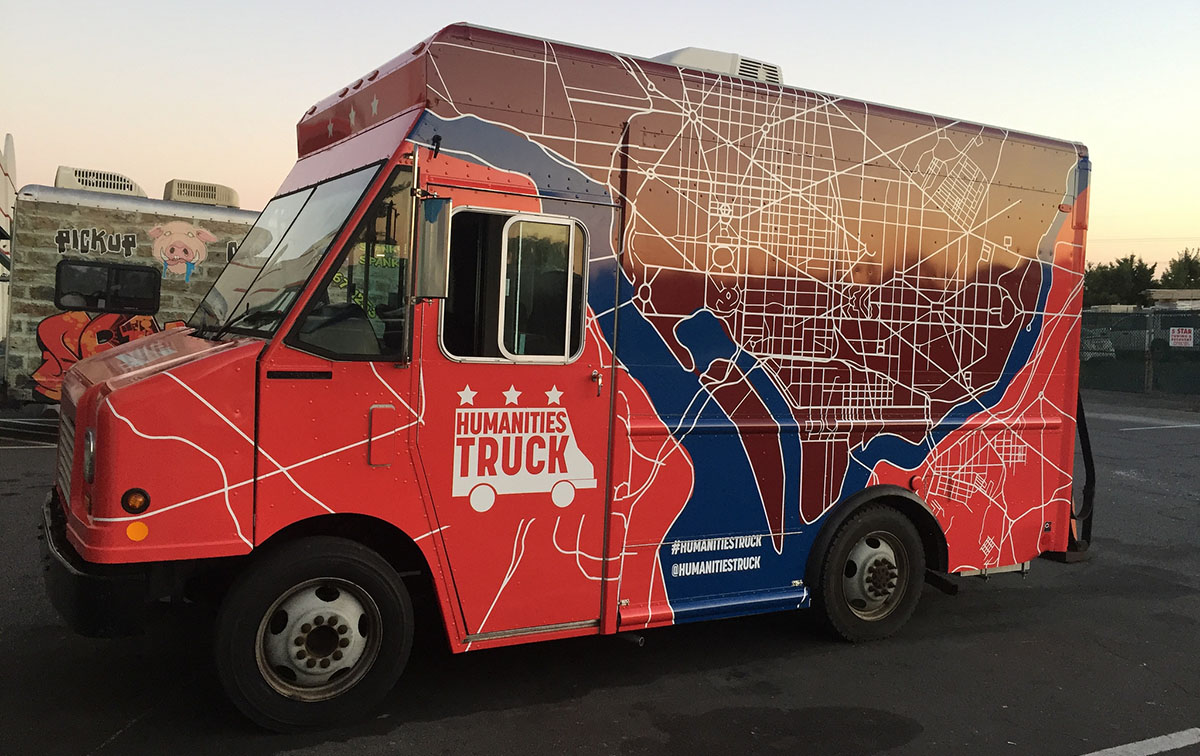 In a recent project, Stokes piloted a storytelling system for neighborhood identity during Adams Morgan Day 2018, in collaboration with the Smithsonian Anacostia Community Museum and the new Humanities Truck at AU. The project brings multiple channels together in a playful way, from paper to exhibit space.

“One of the ways in which games are really different from a lot of raw technology tools, is that they embrace some uncertainty,” Stokes said. “Adams Morgan has a really interesting history but if everyone uses the same history app, it starts to make all history feel the same.”

During Adams Morgan Day, Stokes set up a raffle. When people signed up for the raffle, Stokes said they were sending out historic photos of Adams Morgan straight to people’s cell phones.

“It’s a different distribution channel than your usual social media or email,” Stokes said. “We were sending out hundreds of these text messages. But the interesting thing is that two people wouldn’t get the same one.”

Stokes contrasted this practice to that of museums, which typically use technology more linearly and treat it more as a tool.

“You push a button and always get the same thing,” Stokes said. “Game design teaches us that actually people are much more interested when there is a little bit of unpredictability, and then we give people choices.”