**This course is a core course for the Israel Studies Minor•• 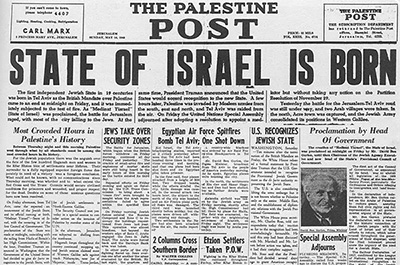 History of Israel traces the development of modern political Zionism in nineteenth-century Europe; the historical background leading to the establishment of the State of Israel in 1948; and the history of Israel since then, including patterns of Jewish immigration and its relationship to the Arab world. 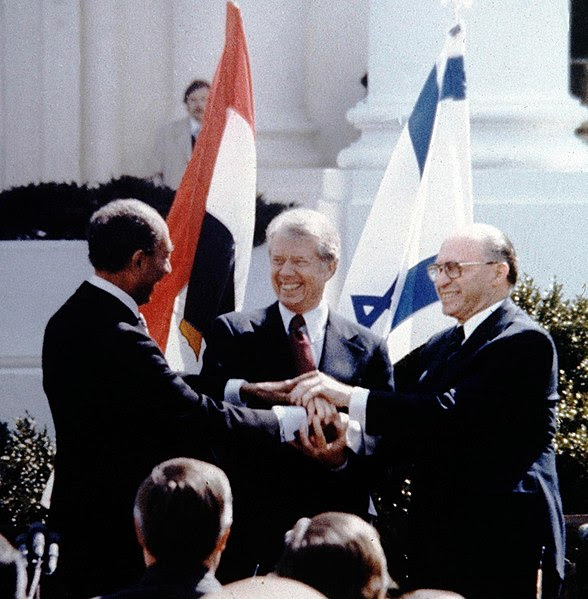 This course explores the evolution of US relations with Israel, from the establishment of the Jewish state in 1948 to the present day. Along the way, it examines key milestones in US-Israel relations, beginning with President Truman's controversial decision to buck the US foreign policy establishment and formally recognize the state of Israel; the US role in Arab-Israeli peacemaking; and the US role in providing military, economic, and diplomatic aid to the Jewish state. The course analyzes how a combination of sentimental, political, and strategic factors have led to the formation of a wholly unique bilateral relationship characterized at once by both tight bonds and inherent tensions. 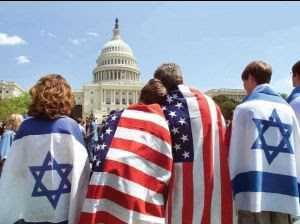 This course examines the century-long relationship between America's Jews and the modern State of Israel from the decades leading up to the State's founding to the present day. The course goes beyond wars and diplomacy to explore Israel's multifaceted relationship with American Jewry, from political rhetoric to philanthropy, from pop music to hummus, from folk dance, summer camps, and tourism to war heroes and Wonder Woman. 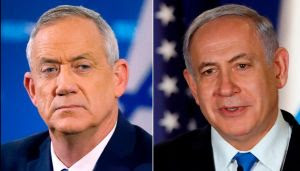 This course provides an overview of the geopolitical history of Israel and the Arab-Israeli conflict from the pre-state era until the present as well as an analysis of the principles that guide Israel's political system and the cleavages in Israeli society which greatly affect developments and trends in politics and policy. It is mostly conducted as a lecture/discussion course, but also includes reading academic articles, watching films, listening to guest lectures, holding class debates, and discussing current news and developments. 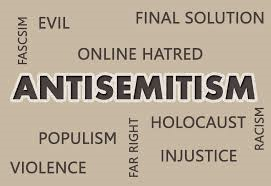 Antisemitism is often called the longest hatred. While Jews have constituted only a tiny percentage of the world population, anti-Jewish sentiments have been a major cultural ingredient of Christian and Muslim societies for many centuries, taking on religious, economic, and racist manifestations. This course inquires the causes behind the different forms of antisemitism, its spread from early Christianity to present times, and its Jewish and non-Jewish opponents. Discussions are also dedicated to the rise of Zionism as a reaction to modern antisemitism and to the relationship between antisemitism and anti-Zionism. 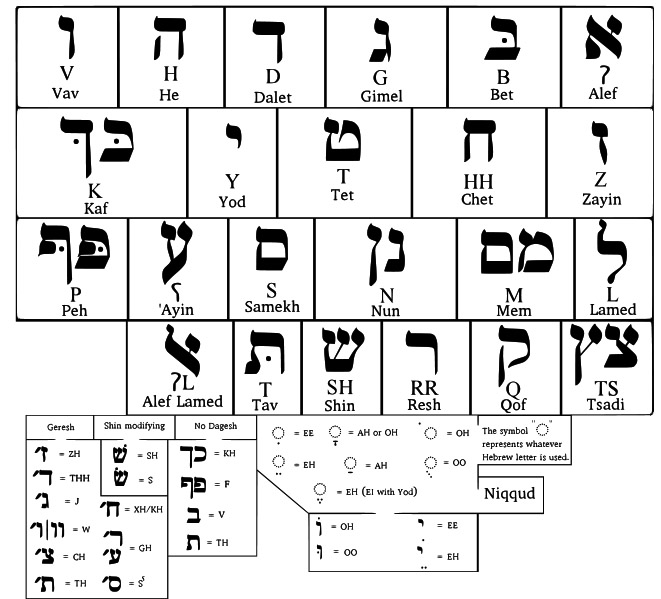 Hebrew, Elementary Modern I (3) Focuses on the acquisition of basic vocabulary and grammatical structures in culturally authentic contexts through speaking, reading, writing, and listening comprehension. Designed for students with no prior experience with Hebrew. Usually Offered: fall.

**This course is a core course for the Israel Studies Minor**

A survey of Arab-Israeli relations from their origins to the present. Includes an account of Zionism and Palestinian nationalism, the history of the British mandate, the Arab-Israeli wars, the involvement of external powers, and the quest for peace. The emphasis is on conflict resolution. Usually Offered: spring. Grading: A-F only. Prerequisite: SISU-206 and SISU-220.

This senior capstone provides students with a deeper understanding of the problems that have confounded the Israeli-Palestinian peace process, in particular the "final status" issues: borders, Jerusalem, refugees, and security. Students focus on the contested narratives; the relevant political actors; and the key international, regional, and internal events that have shaped the dispute. As well, previous rounds of negotiations are reviewed in order to analyze what went wrong. Students then partake in a simulation in which they attempt to constructively address the final status issues as well as other sticking points, such as settlements and terrorism, in Israeli-Palestinian peacemaking.

This course is designed to introduce students to the Israeli-Arab community in Israel through analysis of its economic, educational, historical and political structure and experience. The first week of the course will consist of an overview of their cultural heritage, ethnic, religious, national identity, and traditional customs. Then the class will examine more deeply some of these subjects, such as Israeli-Arab cultural and religious practices, family conflict resolution practices and mediation, marital structure (including polygamy), child-rearing practices, women education and power, family honor, social- economic status and the traditional justice system. The final section will address how today’s Israeli-Arab community interacts with Israeli law, with Israel-Jewish community including local and national elections, urbanization processes and, of course, the important issue of land claims and the impact of the larger Israeli-Arab political conflict on this community. Case examples will be an integral part of the course through the semester.

**This course is a core course for the Israel Studies Minor**

This course explores the emergence of Israeli society and its changes over time. It reviews Israel's ideological and political foundations, the centrality of immigration, the emergence of Arab minorities and Jewish ethnic divisions, and assesses political, economic, religious, and family patterns within the broader Jewish and Palestinian communities.

This survey course covers a broad range of Jewish political, social, cultural, religious, and intellectual history from the early modern period (approximately sixteenth to early seventeenth centuries) to the mid-twentieth century. Students encounter groups of Jews as diverse as the ultra-orthodox Hasidim, the founders of the Jewish enlightenment and Reform movements, bourgeois European women, and radical revolutionaries. Geographically and culturally, Jews have spanned the globe, reflecting the modes of dress, cooking, architecture, etc. of many countries and speaking over 30 specifically Jewish languages (which combine Hebrew with others) as well as the dominant languages of their home countries. The modern Jewish experience has encompassed both euphoria and despair, as in the mid-twentieth century with the Shoah (Holocaust) and the establishment of the State of Israel. This diversity is reflected in both classroom discussions and assignments. Through reading of primary documents from each time and place, students understand history in "real time," and critically analyze the social and political structures that exercised power over the lives of Jews and others in various communities. These lessons are reinforced with a visit to the Holocaust Memorial Museum in Washington, DC. AU Core Integrative Requirement: Diversity and Equity. Usually Offered: spring. Grading: A-F only.

This course deals with the complex relationship between Israel and Europe. It starts with the European roots of Zionism and covers the Holocaust as one of the factors leading to the establishment of Israel. It leads up to present-day relations between Israel and the EU and includes visits to several European embassies with related events.

This course focuses on the politics of water scarcity in Israel and in the Middle East between 1920-2020. Water remains a key component in Israel's development. Limited water resources combined with a rapidly growing population, climate change and tense regional politics spurred violent conflict, political agreements and innovative water management and technology. This course explores how water politics may contribute to regional peace and how Israeli water know-how serves as a model for sustainable development in other water-poor countries around the globe.

The State of Israel has had a deeply intertwined, complicated relationship with American Jewry since long before the founding of the State in 1948. The implications of this relationship are central not only to the Jewish story, but to America's ties with the rest of the world, both geopolitically and in terms of basic identity. At least since the early twentieth century, Jews in America have felt the need, and the right, to air their views on Israel's policies, its peculiar character, and its very existence. They have also demonstrated an overwhelming concern for its survival, which has often influenced the American political sphere. Middle East peace negotiations, encouraged by the American Jewish community, are a centerpiece of U.S. diplomatic agendas, while loyalty to Israel (in its many forms) has become a substitute for religious devotion among many Jewish Americans. The close connection between these feelings for another nation and the realities of U.S. politics is unprecedented and unequaled. But this overwhelming preoccupation is a two-way street--Israelis have also spent a good deal more energy reflecting on their relationship to Americans than on any other group. Even while Israeli culture displays an ever-more obvious debt to American fashion, movies, and democratic processes, American Jews have developed a more sophisticated, and more critical, understanding of Israeli culture. This course explores many facets of Israel's relationship with American Jewry, whether it is a love affair, or a family feud, from political rhetoric to philanthropy, from pop music to hummus, from folk dance, summer camps and tourism to war heroes and Wonder Woman.

AU's undergraduate minor in Israel Studies is one of the premier programs of its kind in the United States. Courses are offered in numerous areas including sociology, Jewish studies, history, and the School of International Service. Another feature of the minor is its seamless connection with study abroad in Israel. AU students are encouraged to study in Israel and receive credits toward the Israel Studies minor.