Part of MPC's mission is to facilitate interdisciplinary collaborative metropolitan and urban research among the faculty at American University. We accomplish this by providing competitive seed grants. In our first year, MPC focused its collaborative research grants on Washington, DC and the surrounding region. In year two, we expanded the emphasis to research at the local, national, and international levels. Below are descriptions of the ongoing faculty research projects supported by MPC. 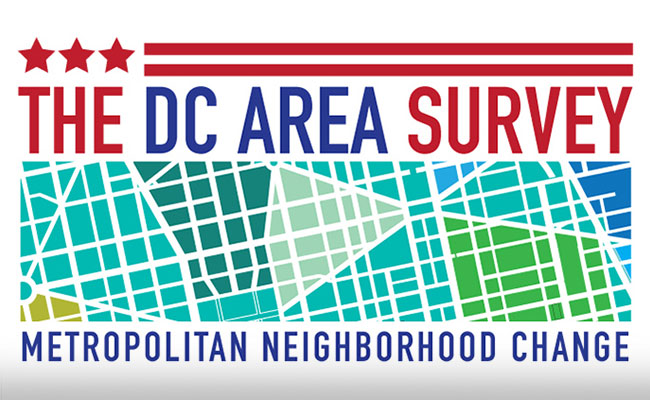 The DC Area Survey, led by Faculty Fellow Michael Bader, centered on understanding racially and ethnically diverse communities in DC and its surrounding counties. The 2016 survey of 1,200 households concentrated on attachment to place, health, safety, trust in local organizations, and governance, with a focus on two relatively new types of neighborhoods: Latino neighborhoods and "quadrivial neighborhoods." Latino neighborhoods exist all over the DC metropolitan area, but mostly in the immediate Maryland and Northern Virginia suburbs. "Quadrivial neighborhoods," with populations of at least 10 percent White, Asian, African-American, and Latino, appeared in the past 20 years, reflecting the increased racial integration of the DC area. This survey is the first of its kind and it provides a detailed snapshot of the social realities and inequalities that exist within the DC region's most diverse communities. The study was a collaborative effort among several centers and units at American University including the Metropolitan Policy Center, the Center for Latin American and Latino Studies, the Center for Health, Risk and Society, the Office of the Provost, the School of Public Affairs, and the Kogod School of Business. 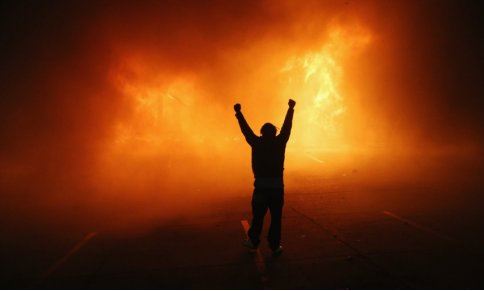 Social unrest has been come a major topic in the United States. At MPC we are bringing together American University scholars from different disciplinary backgrounds to address civil-discord determinants and their consequences. We must better understand the comprehensive set of historic and contemporary circumstances fueling modern-day frustrations so that pragmatic policy solutions can be crafted to minimize discontent and promote democracy. 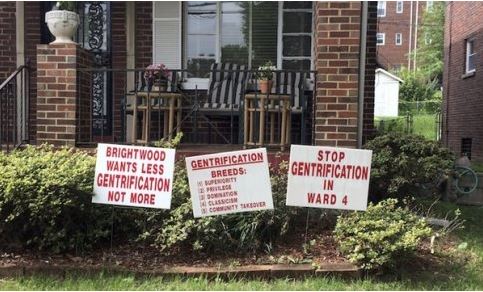 In many neighborhoods, gentrification - defined as neighborhood change caused by the influx of middle-class residents - does not result in residential displacement, but rather political displacement. A sizable proportion of long-term, low-income residents are able to stay in place because of policies that promote greater affordable housing. These new mixed-income neighborhoods, however, often lead to a loss of political voice for long-time residents. Minority groups who were well-represented at the local levels might find themselves losing seats on city councils, county commissions, and community boards as new constituencies and coalitions form among the newcomers. This study analyzes the relationship between newcomer influx and political loss in 40 US cities that contain some of the country's fastest gentrifying neighborhoods. Using 20 years of local election data, we identify and measure the extent to which political displacement has occurred alongside inner-city neighborhood redevelopment. This study will help determine how the contemporary wave of gentrification relates to changing urban political shifts.

We are honored to announce that MPC is joining an international research collaboration providing a comparative study of urban regeneration financing and politics in Korea and the U.S. In partnership with the Woodrow Wilson Center for International Scholars’ Urban Sustainability Lab, the Korean Housing and Urban Guarantee Corporation, U.S. Department of Housing and Urban Development, and the University of Pennsylvania's Institute for Urban Research, this project presents an exciting opportunity to analyze urban redevelopment and equity in local and global contexts. Our contribution is a case study of The Wharf, a monumental, $2.5 billion waterfront redevelopment project in Southwest, DC. 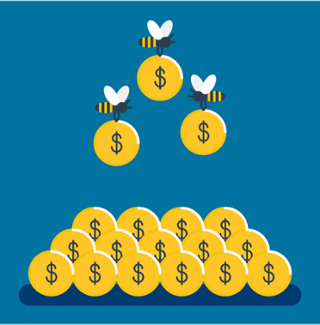 Faculty Fellow Lewis Faulk is working on the Grant Seeking and the Grant Making Study, which involves two parallel surveys of nonprofit organizations and foundations. Together these surveys will collect data on over 450 nonprofit organizations and 300 foundations. This project examines both the effectiveness of nonprofits' grant-seeking behaviors and the recent challenges foundations face when distributing their grants. The research provides key insights into the state of civil society in metropolitan America.

Our faculty fellows have published 163 plus

Our faculty fellows have presented in 115 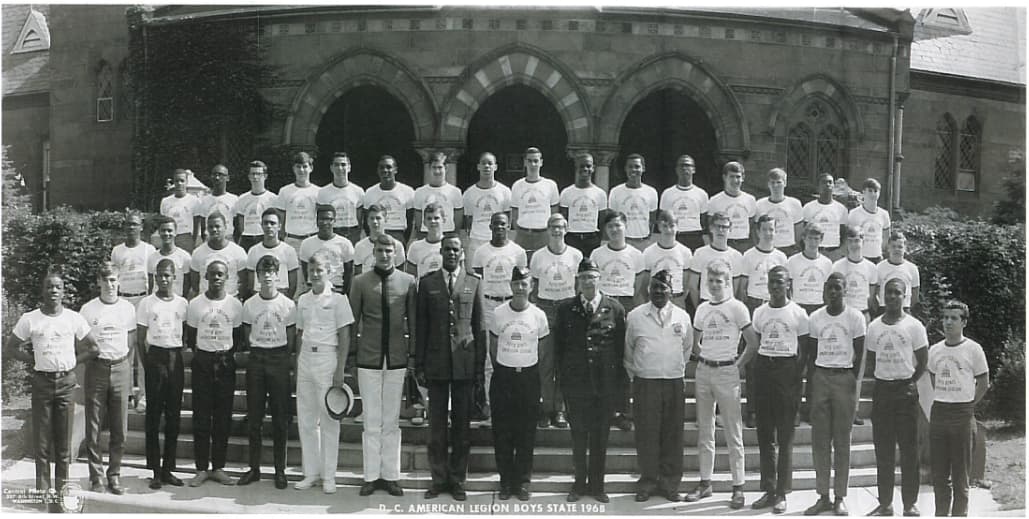 American Legion James Reese Europe Post 5 used the MPC's grant to explore the experiences of African American veterans who had fought in American wars from World War I to the present. Under the supervision of Faculty Fellows Brenda Smith and Angie Chuang, The Washington College of Law Community and Economic Development Law Clinic (CEDLC) and American University School of Communication (SOC) joined to document the history of Post 5. This documentation and preservation included interviewing current members, archivists, and project participants about the significance of the Post's history and its artifacts. These stories, artifacts and photos in the Post's home, comprise the content of a website created to showcase this important preservation effort. Project leaders are exploring ways to link this preservation effort with the Smithsonian National Museum of African American History and Culture. 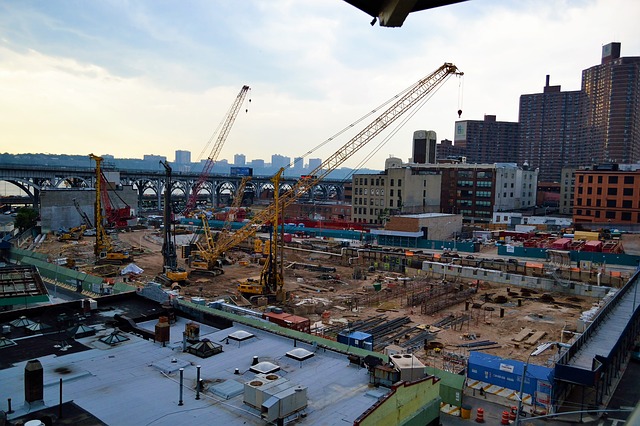 PIs: Malini Ranganathan (SIS) and Eve Bratman (SIS)
This research explores social vulnerability in line with the broader goal of fostering climate justice in the DC region. The study collects both qualitative and quantitative data at micro levels to assess why certain populations and areas of the city may be more or less vulnerable in the face of climate events. The hope is to shed light on whether existing strategies around economic displacement and gentrification might be transferable for building climate resilience. This project seeks to carefully apply the insights and concepts from the 'Third World" literature in a seemingly "First World" context. The findings will be used to inform the global cities literature and strengthen conversations across the North-South theoretical divides. 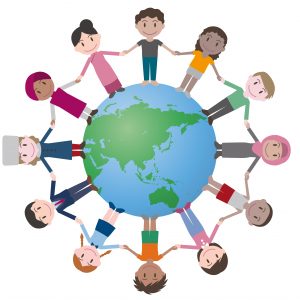 PI's: Khaldoun AbouAssi (SPA) and Jocelyn Johnston (SPA)
This project aims to fill a gap in the existing literature on local government-nongovernmental organizations (NGO) relationships, especially in developing countries. Across the globe, countries are experimenting with an array of approaches and structures intended to democratize governance and many of these efforts involve decentralization. To fully understand what decentralization looks like and how it works-and consequently to dig deeper into this challenge, we need to examine the distribution and interaction of the comprehensive set of actors (nongovernmental organizations [NGOs] such as community foundations, community-based organizations and others) currently deployed at the local level. The investigators intend to use MPC funding to develop a framework that captures the nature of and variation in local government-NGO relationships, propose and test a set of propositions about the relationship between local-NGO partnerships and governance, collect qualitative and quantitative data to test those propositions, and present policy implications to guide decision-makers. This is a pilot study that will be concentrated on Lebanon and expand MPC's research on non-profits to the international context. 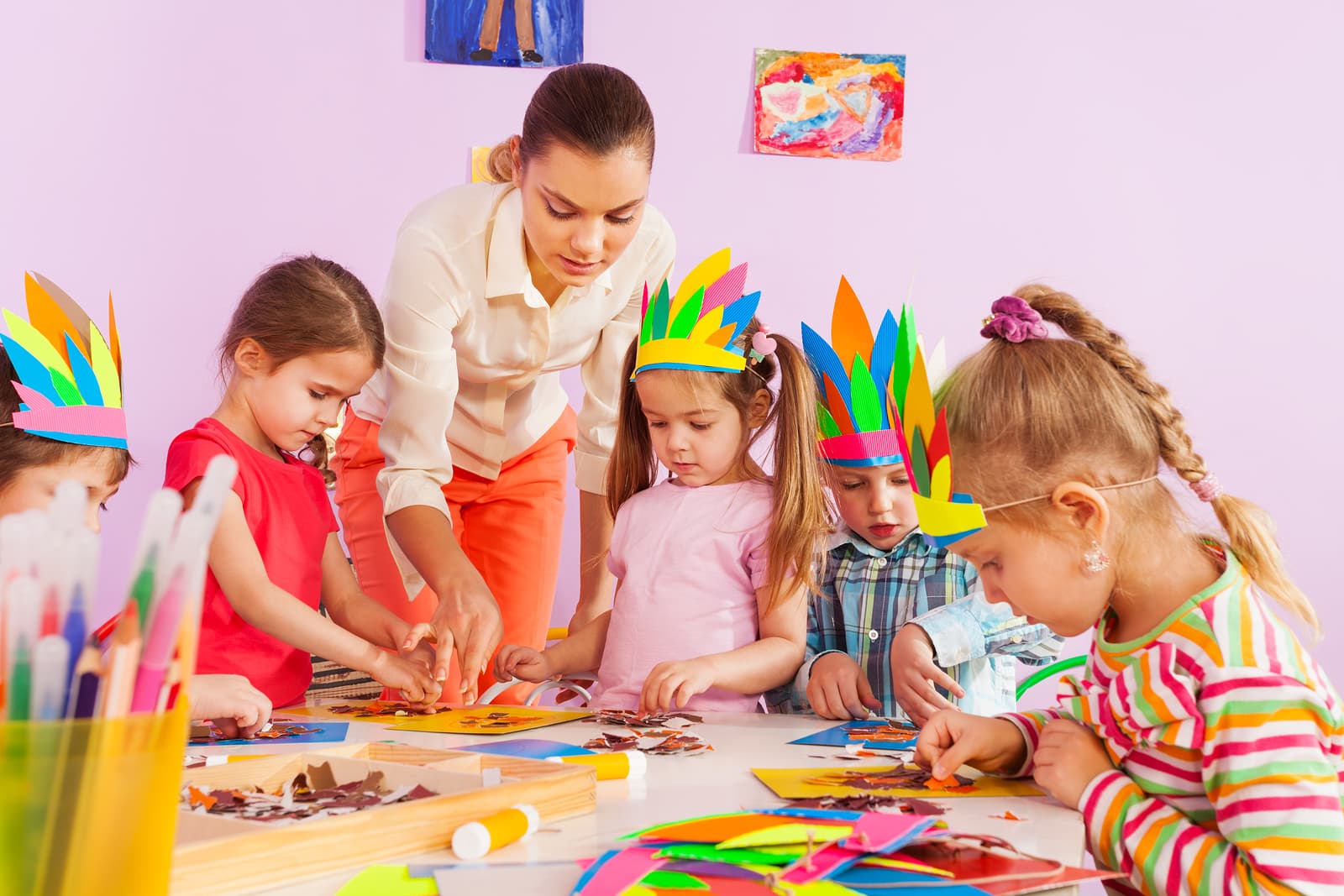 PI's: Seth Gershenson (SPA) and Taryn Morrissey (SPA)
In the United States, the gap in achievement between children from low-income families and those from high-income families is wide, begins well before kindergarten, and persists over the K-12 years and beyond. One intervention that effectively narrows this achievement gap and has positive economic returns is high-quality early care and education (ECE). While most research has examined the direct effects of ECE programming on children's cognitive test scores, ECE attendance may also narrow SES inequalities through increased parental educational investments at home. We address gaps in the literature by applying a difference-in-differences strategy to nationally representative time diary data to investigate whether access to ECE changes how the parents of young children allocate their time. Specifically, we examine how the implementation of universal voluntary prekindergarten in Florida, beginning in 2005-06, led to changes in parental time spent in developmentally beneficial activities such as reading and conversing with children, time spent facilitating children's activities, and parental time in physical child care, either with ECE-aged children or with other household children. Findings will shed light on a potential strategy for narrowing SES and racial/ethnic achievement gaps, and how the effectiveness of such strategies varies across urban, rural, and suburban locales. 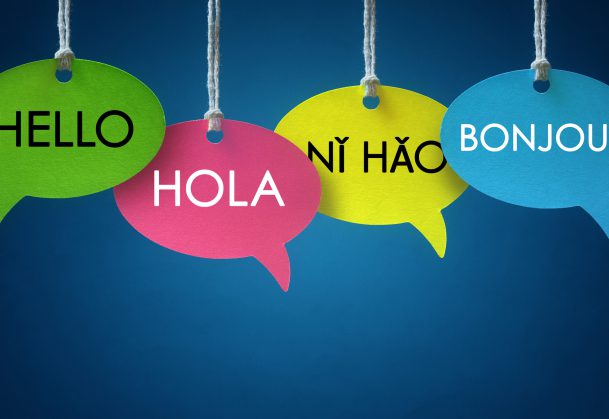 PI's: Amelia Tseng (CAS) and Noemi Enchautegui (CAS)
Bilingualism, or proficiency in two languages by individuals and within a community or nation, is important along multiple dimensions relevant to social cohesion and equity, particularly in terms of access to resources, as part of social justice, and culture and identity, as part of linguistic human rights. This proposed study pioneers focus on four key dimensions of language use and bilingualism as they relate to social equity. The project will be the first to systemically examine language practices, access to resources, and their impact on multiple generations of Latino immigrants' social experience. This has implications for their integration and social support, and also for the maintenance of Spanish fluency in younger generations, which relates both to culture and identity and to educational and economic success. The project will create a body of pilot data and result in scholarly publications.