Images enrich and stimulate scholarly work in the humanities, and the study of Latin America by a rich imagery of the region and its peoples. Drawings, paintings, photographs, mediums such as postage stamps, compellingly convey nuanced stories about the region and its cultural, political, social, and physical past and present. We estimate that hundreds of thousands of such visuals among Latin Americanist scholars in personal collections, often in fragile or obsolete formats such as slides and print photos.

CLALS collaborates with AU's Bender Library and the Department of World Languages and Cultures to curate the Visuals Online Repository. Launched in May 2013, in a searchable, open-access database. It aims to gather and digitize visual collections, and make them freely available to students, teachers, and researchers. This project by AU professor Jack Child (1938-2011) and to his memory.

This initiative has the potential to augment student engagement with by enabling instructors to incorporate visuals into classroom activities and presentations. Products of this project can also enhance the visibility of Latin American studies, providing high quality images for book illustrations, websites, journal covers, and various other uses.

In July 2015, CLALS opened our first online, curated photo exhibit, titled "Exploring Cuba." The exhibit features photos donated by twelve scholars and students, and into nine thematic categories, including Architecture, Cars and Transportation, Propaganda, Agriculture and Rural Life, People, and Culture, among others. We hope that this resource will be useful to authors, educators, web designers, and others engaged in analyses of contemporary Cuban affairs. 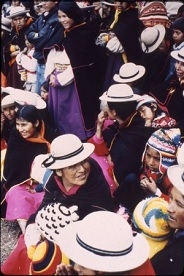