This annual event recognizes professionals from the public and corporate sectors who have contributed to innovation in environmental leadership and policy, including on energy and climate; advanced environmental justice; engaged diverse stakeholders; and helped nurture the leaders of tomorrow.  Support for future generations of environmental leaders is an important goal of the William K. Reilly Fund, and the Reilly Scholarship awardees are recognized during this event.

Catherine Coleman Flowers is recognized for broadening the scope of environmental justice to include issues specific to disenfranchised rural communities and encouraging policy and research to address failing infrastructure that causes continuous socioeconomic disparities in rural neighborhoods in the U.S.

Flowers is an internationally known advocate for sanitation solutions and water access and chronicles her journey in her book Waste: One Woman’s Fight Against America’s Dirty Secret. As Vice Chair of the White House Environmental Justice Advisory Council, Flowers advocates for addressing the overlapping and synergistic impacts of climate change and inequality. She
highlights the disproportionate burdens borne by those with the fewest resources and the most constraints on their civil rights and that reside in the most polluted places.

Flowers was named 2020 MacArthur Fellow for Environmental Health Advocacy and serves as a board member of both the Natural Resources Defense Council and The Climate Reality Project.

Paul Polman, Business leader, Campaigner and Co-author of “Net Positive: how courageous companies thrive by giving more than they take.

Paul Polman works to accelerate action by business to tackle climate change and inequality. A leading proponent that business should be a force for good, Paul has been described by the Financial Times as “a standout CEO of the past decade”.

As CEO of Unilever (2009-2019), he demonstrated that a long-term, multi-stakeholder model goes hand-in-hand with excellent financial performance. Paul was a member of the UN Secretary General’s High-Level Panel which developed the Sustainable Development Goals and which he continues to champion, working with global organizations and across industry to advance the 2030 development agenda.

Paul’s new book, “Net Positive”, is a call to arms to courageous business leaders, setting out how to build net positive companies which profit by fixing the world’s problems rather than creating them. He Chairs IMAGINE, a social venture dedicated to systems change, the Saïd Business School, and he is Vice-Chair of the UN Global Compact as well as a B Team Leader. Paul is Honorary Chair of the International Chamber of Commerce, which he led for two years.

The Center for Environmental Policy at the School of Public Affairs held a special event honoring the 2021 winners of the William K. Reilly Award for Environmental Leadership: Peggy Shepard, co-founder and executive director of WE ACT for Environmental Justice, and EPA career civil servants, represented by current EPA Administrator Michael S. Regan.

The 2020 Award Winners are Monica Ellis and Frank Loy were honored on April 14, 2021 in an interactive discussion moderated by Center for Environmental Policy Director Dan Fiorino and featuring Bill Reilly. 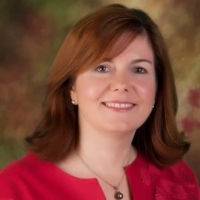 Monica Ellis serves as the CEO of two organizations: Global Environment & Technology Foundation (GETF) and the Global Water Challenge (GWC). Ms. Ellis focuses on bringing safe water to communities and families that lack reliable and affordable access to this essential resource. To date, over four million people in 41 countries across Africa have received clean water through her team’s effort and a total of six million are expected to receive water by the end of 2020. In support of this work, she has organized a partnership of companies, foundations and government agencies and raised over $200 million dollars to support these programs.

Today, hundreds of projects are either underway or have been successfully transitioned to local communities as a result of Ms. Ellis’ vision, resilience, leadership and unfaltering commitment to leaving the world better than she found it.

Frank Loy, former Under Secretary of State for Global Affairs 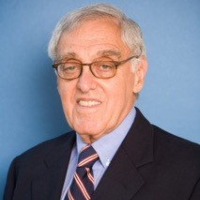 Frank Loy has been engaged in environmental and climate issues since the 1980s.  He has served as lead U.S. climate negotiator, and as chair of major non-governmental organizations:  The Environmental Defense Fund, Resources for the Future, The League of Conservation Voters and Population Services International, the largest family planning organization operating in the developing world.  He served nine years on the Global board of The Nature Conservancy, was founding chair of ecoAmerica, and now chairs several climate-related organizations, including Climate Advisers Trust and The Smart Surfaces Coalition.

He was appointed to posts in the State Department in four administrations:  by President Johnson as Deputy Assistant Secretary for Economic Affairs, by President Carter as Director of the U.S. Refugee Program, by President Clinton as Under Secretary for Global Affairs (which included the climate and environmental portfolios), and by President Obama as Alternate U.S. Representative to the UN.  He now funds an annual award for State career officers’ achievements in environmental diplomacy.

He spent a decade in the business sector, including as Senior VP of Pan American Airways, and as a partner of a turn-around firm that brought companies out of bankruptcy, including the Penn Central Transportation Company, then the largest bankruptcy in U.S. history.

He served for a decade as president of The German Marshall Fund of the U.S., an American foundation focused on US/European relations.

He has served on numerous corporate boards, including Madison Square Garden, Six Flags, and companies in the energy and real estate sectors.  He now serves on the Advisory Board of Terra Alpha Investments and on ExxonMobil’s External Sustainability Advisory Panel.

We invite corporate, foundation, and nonprofit organizations to engage as William K. Reilly Fund sponsors. Your generous support enables the Center for Environmental Policy to continue to provide meaningful forums for environmental policy dialogue based on sound analysis. Sponsors are recognized at CEP events and in our communications.