Since its founding in 1893, American University has benefited greatly from the devotion, service, intellectual contributions, ethical behavior, and philanthropy of many thousands of faculty, staff, students, alumni, and friends.

In a very real sense, they also are "trustees" of the institutions by virtue of their dedication, affection, and generosity that help to ensure that the University will faithfully serve this and future generations. Those of us who have been chosen to serve as fiduciary trustees for a period of time—to safeguard the University's assets and to foster its capacity to serve others—enthusiastically and without reservation accept the following additional responsibilities as evidence of the commitment of each trustee. Read the Trustees' Statement of Commitment.

The Board of Trustees gathered November 14-15, energized by the achievements of this academic year, such as All-American Weekend, and assessed progress against key goals. We enjoyed and learned from many conversations with our community of changemakers. Highlights included a November 13 colloquium on "Civility in the Arab City," in memory of trustee Hani Farsi’s father, His Excellency Mohamed Said Farsi, who served as mayor of Jeddah, Saudi Arabia, followed by November 14 board committee meetings and the President’s Circle Celebration, which honors the university's most committed donors and friends. This year's celebration honored Susan Zirinsky, SOC/BA '74, president of CBS News. On November 15, the trustees met over breakfast with 40 students to discuss building community and helping students succeed at AU. The business meeting of the board followed, with presentations on undergraduate retention, the university's financial performance, and an exploration of AU’s relationship with the United Methodist Church. In other developments, the board approved the awarding of an honorary degree for the fall commencement speaker, former Philadelphia Mayor Michael Nutter.

Marc Duber, Kogod/BSBA '81, and Gina Adams, SPA/BS '80, are AU's new Board leaders. They began terms as Board chair and vice chair, respectively, in May 2019. Duber is executive vice president and chief operating officer of the Bernstein Companies; Adams's background is in government affairs—but both share a love for AU and a sense of pride in the institution.

President Sylvia Burwell announced two recent leadership gifts by members of the AU Board. Jack and Denise Cassell's $3 million gift will launch a new era in Athletics, and Alan and Amy Meltzer's $7 million gift supports the Center for Athletic Performance and creates a fellowship in the College of Arts and Sciences' Center for Israel Studies. 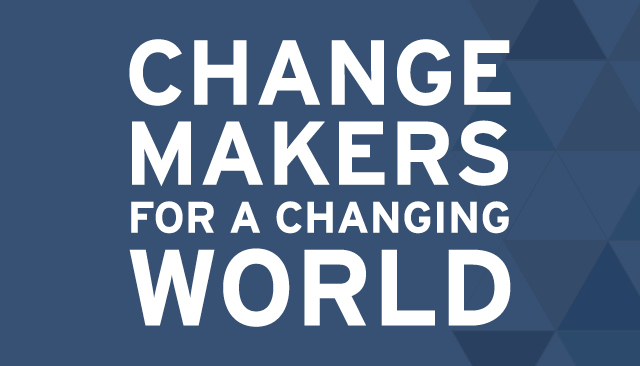 Our new strategic plan is organized into three strategic themes — scholarship, learning, and community — with key imperatives to guide our focused efforts.