American University's Theatre and Musical Theatre Programs will provide you with the necessary education to perform in, design, manage, or direct a production and succeed in a variety of professions outside the theatre. Both programs are grounded in a strong liberal arts tradition.

The Theatre major features a specialized track in Performance. Theatre majors may also opt to honor the liberal arts tradition by choosing the broadly focused and interdisciplinary Theatre Arts track.

The Musical Theatre major builds upon the same liberal arts foundation of the theatre major by combining it with serious training in acting, voice, and dance. Regardless of major or track, all students are encouraged to develop their critical thinking skills and intellectual curiosity.

The theatre and music theatre faculty offer students the benefit of their academic training as well as their expertise as seasoned scholars, performers, writers, directors, designers, and choreographers. They are dedicated and committed to their profession and as professionals are able to bring some of the "real world" into the classroom.

Learn more about Carl Menninger, professor in the Theatre and Musical Theatre Program. 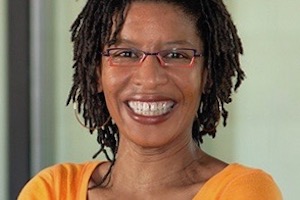 Caleen Sinnette Jennings appeared on PBS NewsHour to discuss DC's Women's Voices Theater Festival. Jennings said, "What's important is the fact that the story is worth telling, and the story is worth seeing. I think women of my generation wrestled with that thought. It's good to see younger women coming along and saying, 'Why was this even a question?'"

The Washington Post interviewed Caleen Sinnette Jennings about her new play, Queens Girl in Africa, a semiautobiographical play about her time living in Nigeria during its civil war.

The Department of Performing Arts produces 5 mainstage theatre shows per school year. Our students have the opportunity to participate in a wide range of shows from classics to contemporary works; from traditional book musicals to new cutting edge musicals. We also feature a New Works program that affords students the opportunity to be a part of premiere productions of original new plays and musicals. We produce shows in our Studio Theatre in the Katzen Arts Center, and in the Greenberg Theatre, a 296-seat proscenium theatre near AU's main campus.

There are numerous student-run performing groups including AU Players, Rude Mechanicals, and AU in Motion. In these groups and several others, students produce, direct, write, choreograph, design, and perform. In addition to participation from performing arts majors and minors, these companies draw students from all across the campus and from many disciplines. They perform to packed houses.

We have an open casting policy! You don't have to be a major or minor to get involved.

The 300-seat Greenberg Theatre on Wisconsin Avenue is state of the art. It is in a thriving section of the city-accessible to campus, restaurants and the metro. This will be home to many outstanding seasons of events in the years to come.

The Katzen Arts Center brings all the visual and performing arts programs at AU into one 130,000 square foot space. Designed to foster interdisciplinary collaboration in the arts, the center provides state-of-the-art instructional, exhibition, and performance space for all the arts disciplines.

The Center features the extraordinary 30,000 square foot AU Museum, directed by Jack Rasmussen, with a variety of gallery spaces for exhibition of exciting contemporary art from the nation's capital region and the world, along with AU's own Watkins Collection, the collection of Cyrus and Myrtle Katzen, the Corcoran Legacy Collection, and the Alper Initiative for Washington Art.

The Katzen Arts Center stands as a clear statement to the community that there exists a place where the arts are honored as an essential part of higher education. That place is American University.

The 51-credit Theatre or Musical Theatre major is designed to allow students the opportunity the double major in another area of study.

Recent alumni have worked at virtually every major theatre and arts organization in the DC metro area, including The Kennedy Center, Signature Theatre, Ford's Theatre, The Folger Shakespeare Library and Folger Consort, Studio Theatre, Arena Stage, and The National Players National Tour. Many have gone on to graduate school in a variety of disciplines including acting and design. Our alumni also range in profession from actors, designers, and arts managers, to educators, lawyers, translators, writers, and business people. Some have started their own professional theatre companies.

DC offers a large, diverse and exciting theatre community with over 80 working professional theatres. Students are therefore exposed to a wide range of styles and types of theatre. Additionally, the DC area provides rare opportunities to see and be a part of international and multicultural performances, performance on the national and international political "stage," government jobs in the arts, arts education, and arts policy.